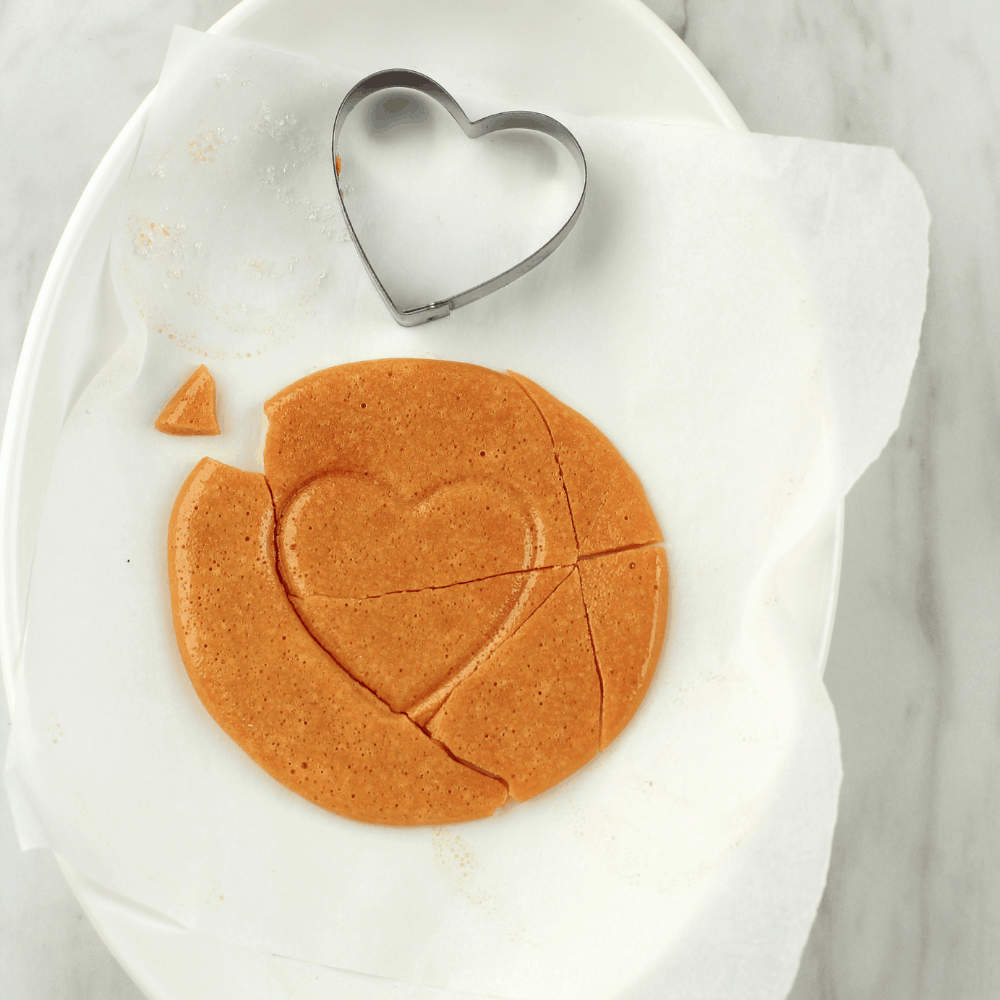 Find out how to make the Squid Game Dalgona cookie – a toffee-like Korean candy with an embossed shape that is as as viral as the show.

For many Squid Game viewers, the Dalgona – a toffee-like Korean cookie (sometimes called candy) with an embossed shape on its surface has become quite a fascination.

Netflix’s most recent original series, “Squid Game,” has quickly become one of the most-watched. The show follows a group of down on their luck 456 contestants who find themselves trapped in an arena with the chance to win millions at stake… but only if they can survive the nine-episode nostalgic childhood games!

Can the contestants survive without breaking Dalgona Candy Cookie rules?

In the third episode, competitors have to make a “Dalgona Candy” cookie, which is a very fragile and dainty cookie in various shapes.

Suppose you fail to produce your perfect treat in time or break one off completely, then it’s game over. The cookie is all over TikTok and TikToker like @cookingwithlynja and people worldwide are taking up this challenge themselves (with less-lethal consequences). They are using social media videos showcasing their skills while sharing whether they would live another day if put into The Squid Game itself. You can always count on TikTok for your latest food trend. Try Frozen Honey if you haven’t for another sweet and simple sugary treat.

Dalgona cookies, also known as ppopgi or Sugar Candy, are a popular and delicious street food found in Korea in the ’70s and ’80s.

For those who’ve been around the internet for a while, this might ring some bells. It topped TikTok back in early 2020 when everyone started getting addicted to lockdown and became fascinated with how brittle dalgonas can be handled delicately enough while carving out shapes like an umbrella or star without breaking them into pieces.

The goal is to chew out one while leaving it intact for free biscuits! They cost about 2000 Won — roughly $1.69 USD-and; they’re usually served alongside coffee or tea.

A Yong-hui, who had sold Dalgona for the past eight years in Seoul and provided 700 of them to Squid Game when it was filmed last year (2020), told The Independent about his success. He said that he’s been averaging more than 500 a day after filming got underway – proving how much demand there is from fans!

He also added an idea: “We think maybe we should put up some rifles here as well,” since one Netflix show featured its fatal consequence if you fail their challenge.

You may not have to go grocery shopping for this one. All you require is baking soda and sugar. Per Korean Bapsang, a Korean cooking blog, any sugar will work, but you cannot substitute baking soda with baking powder.

Dalgona Cookie is a stovetop treat, so you’ll need to find yourself some pans and parchment paper. You can use any nonstick ones for this sticky endeavor; make sure that they don’t get too hot, or else your cookies will end up burned!

Once everything’s set up, prep by gathering all of the ingredients needed – like cookie cutters (I recommend using one with an interesting shape), sharp knives/spatulas if desired, bowls.  According to TikTok and Korean Bapsang, this is the best way to cook your candy:

Get the Dalgona cookie recipe straight from Korean Bapsang to get the step-by-step instructions.

If you make this candy, we guarantee that your life is saved. No prize money? What are they thinking?! But don’t worry! You’ll win every award there is when your video goes viral on TikTok. 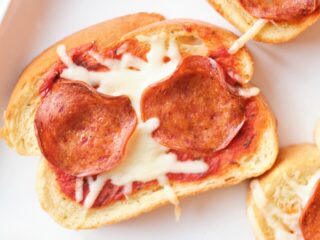 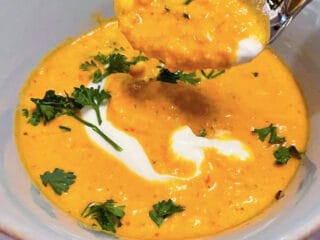