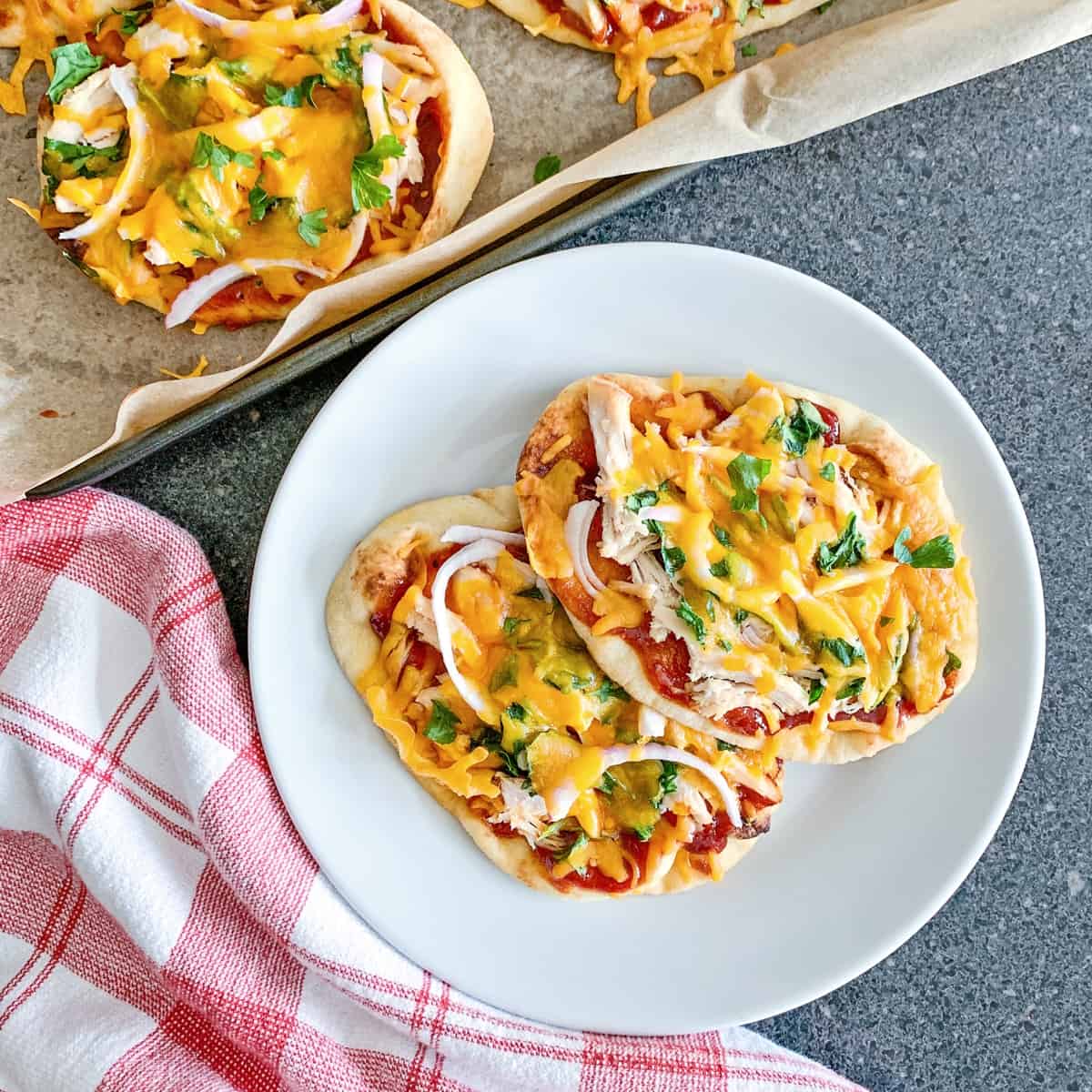 These BBQ Chicken Naan Pizzas are the perfect meal when you want pizza and want it on the dinner table fast! Easy kid-friendly pizza.

In our house, we really like pizza and we love making it different ways like this BBQ Chicken Naan Pizza.  But half the time as long as it’s in the form of a pizza, it doesn’t matter the taste and flavor as much as the ability to eat it all on our own.

Now that doesn’t mean that we don’t like to share, but it does mean that when we get a chance to have an entire pizza all to ourselves, no one in my family is going to say “no” to that offer or chance.

Ever since I realized that naan bread was the perfect base for individual pizzas, I couldn’t get this recipe off my mind. And pairing it up with the taste of sweet BBQ sauce made me realize that this was going to become a family favorite after just one meal.

Since each person can have their own pizza, there’s no worry about making portions or anything complicated like that. This simple pizza recipe is basically just the beautiful simplicity of having each person be able to add toppings, warm, and eat! 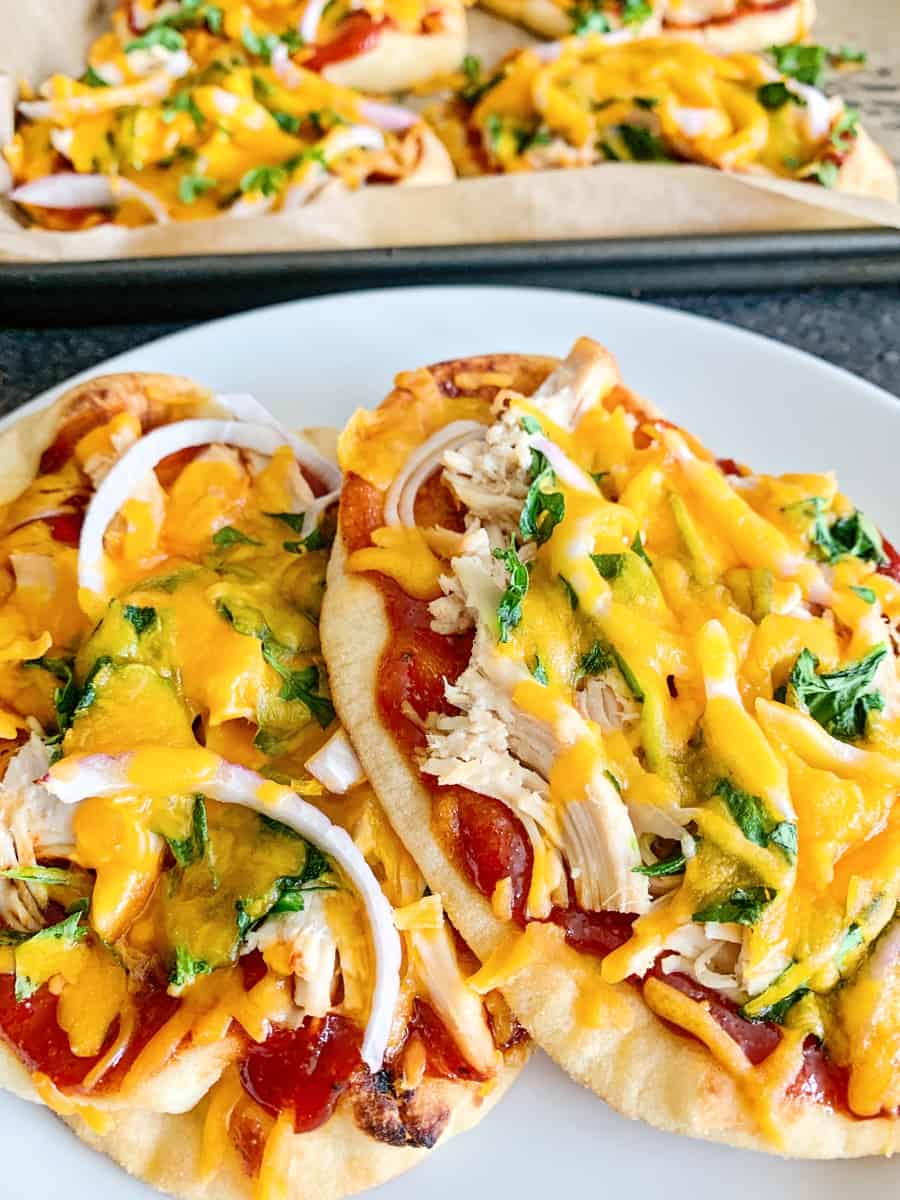 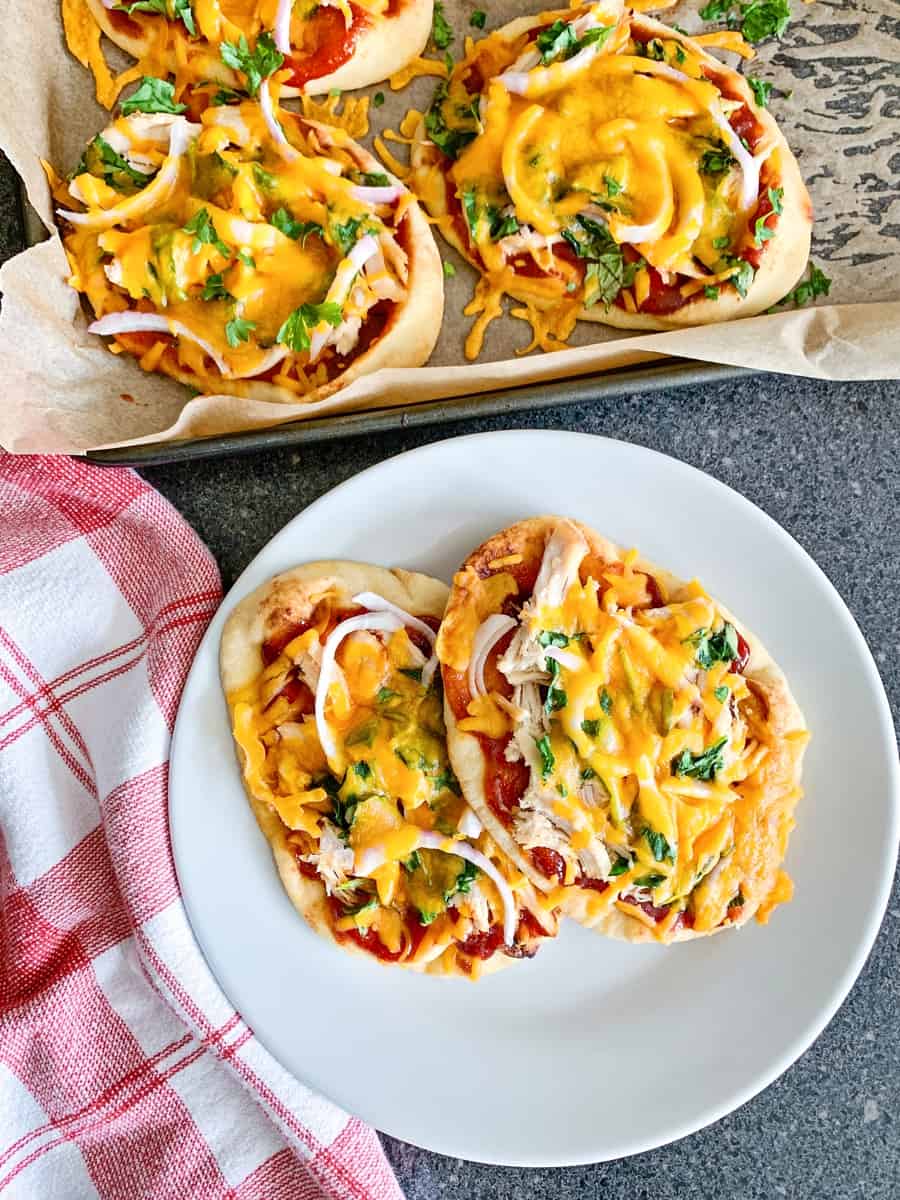 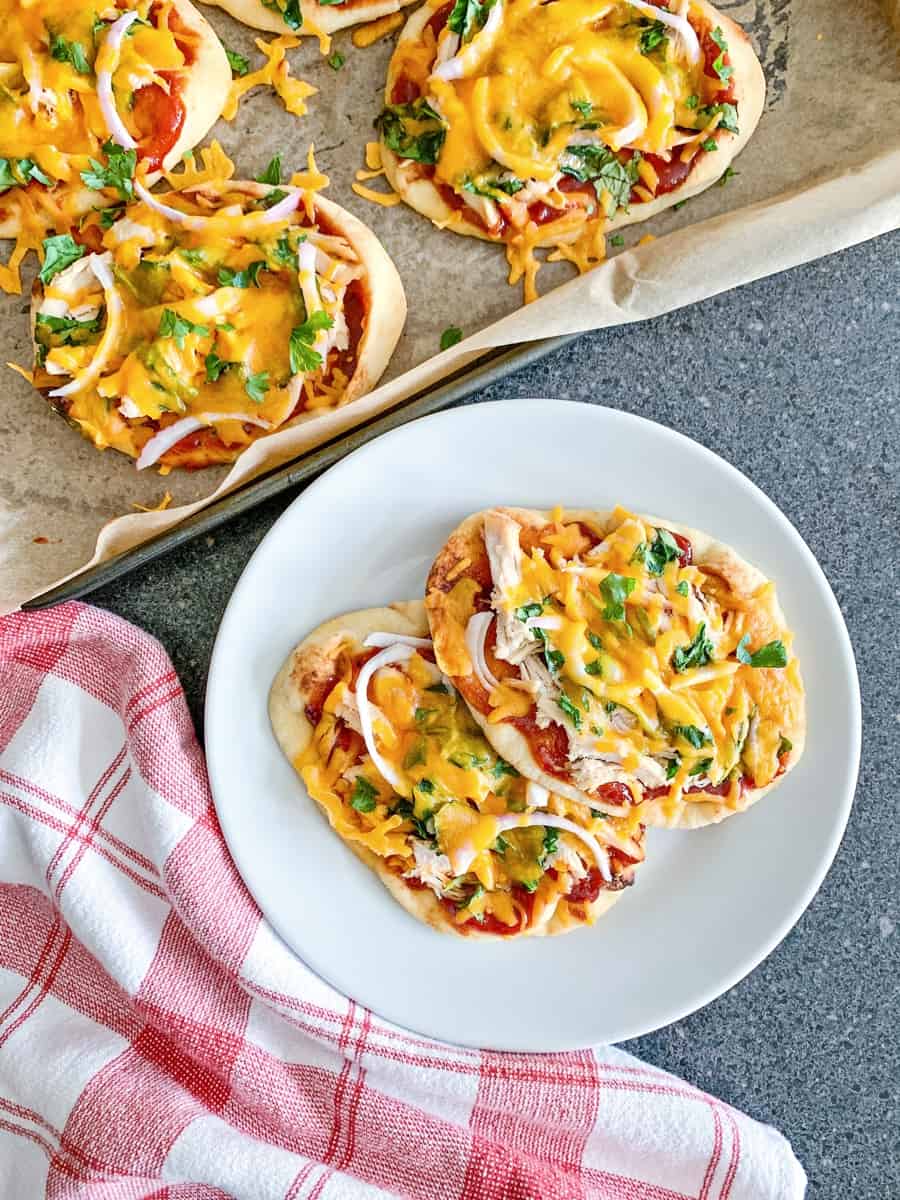 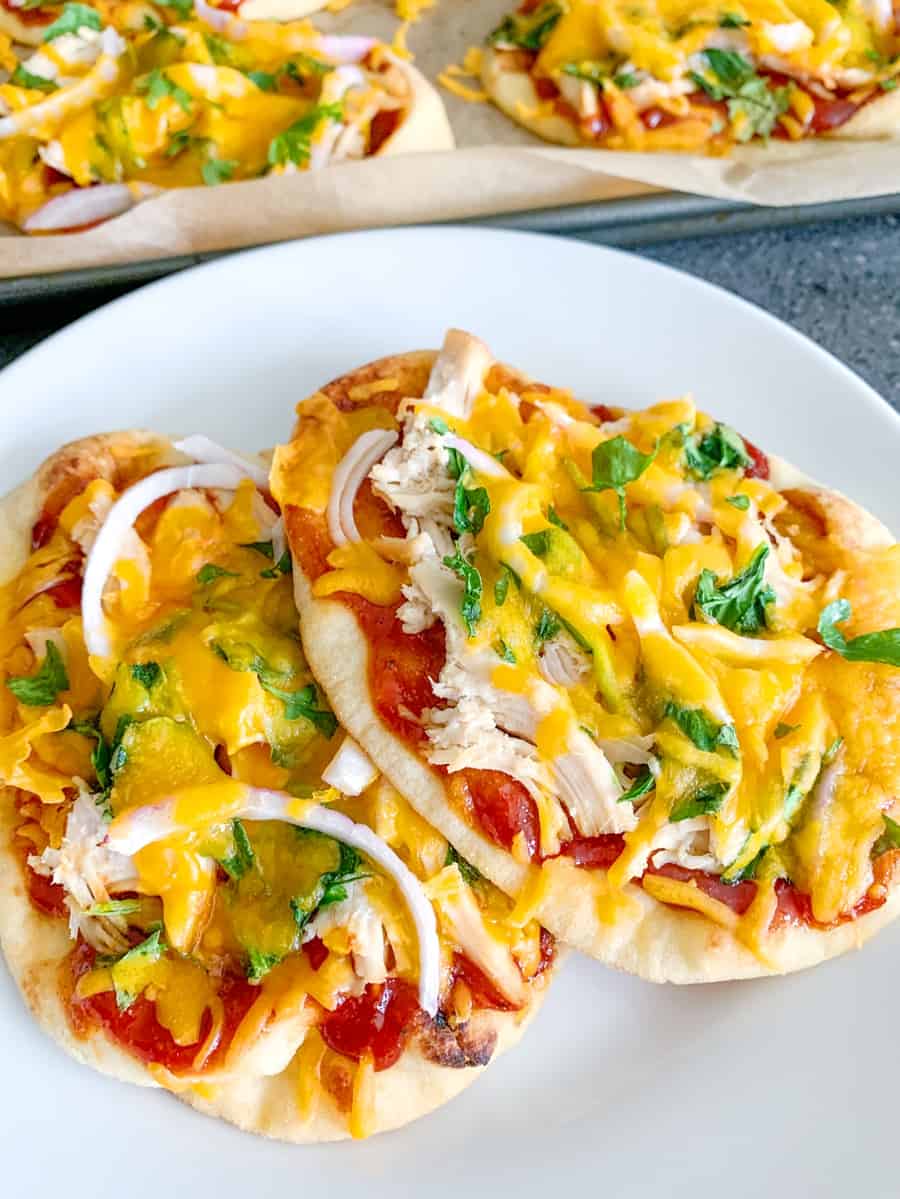 What are some simple variations that you could make to this simple naan pizza recipe?

Since this recipe is so versatile, you can literally change it up however you want to. If someone in your family doesn’t want chicken, leave the ingredient off their pizza. And if someone else in your family likes spicy BBQ sauce while everyone else prefers sweet, they can easily make their naan pizza be spicier than everyone elses without worry.

The best part about this simple pizza recipe is that there are no rules! You can add all the ingredients to the naan bread, some of them, or none of them if you want. It’s a great choice to have! 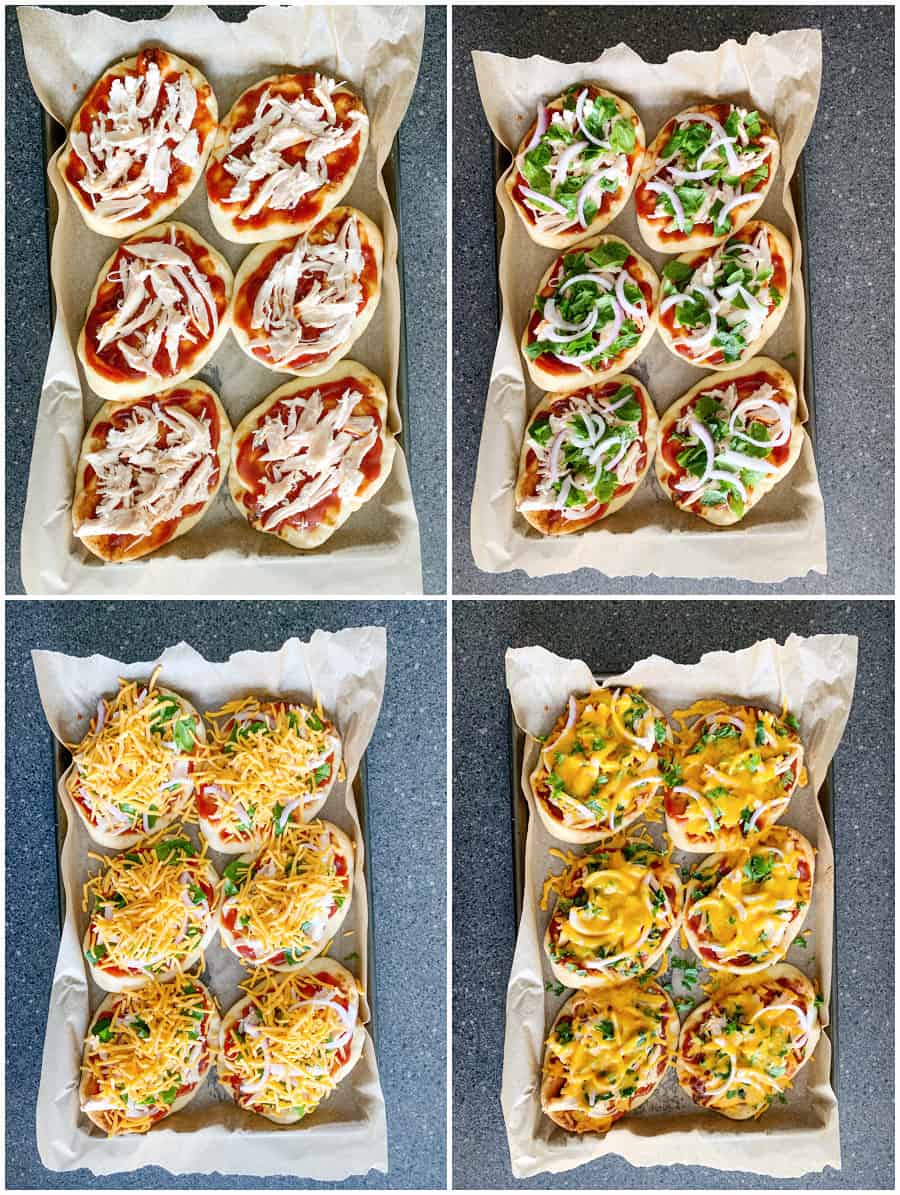 How do you store leftover BBQ Naan Pizzas?

If you happen to have any leftovers of this pizza, just store it in an airtight container and place it in the fridge. Then, when it’s time to reheat and eat, it’s just as simple as that.

However, keep in mind that you can literally make these up one at a time so that there’s fresh and delicious without worry. They’re so simple that they literally take just a few moments to make. 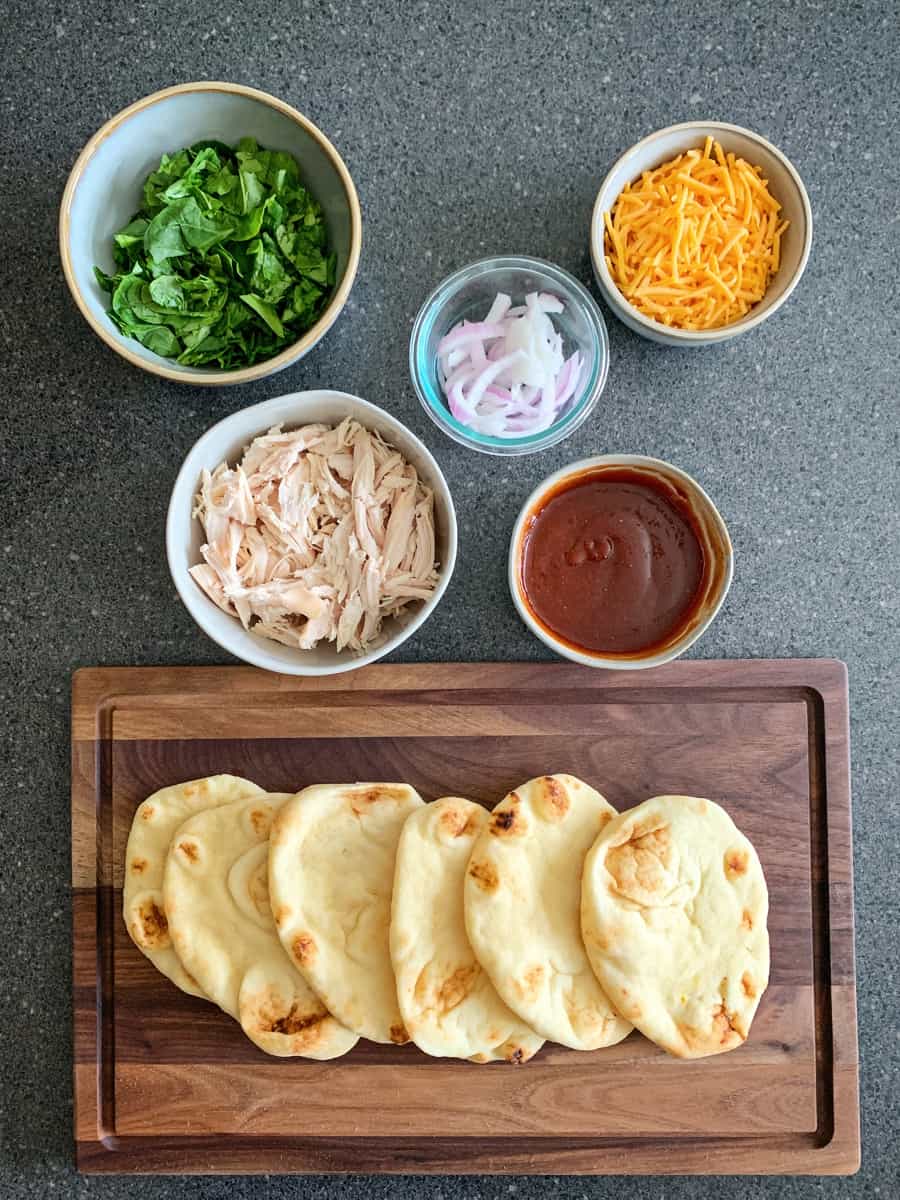 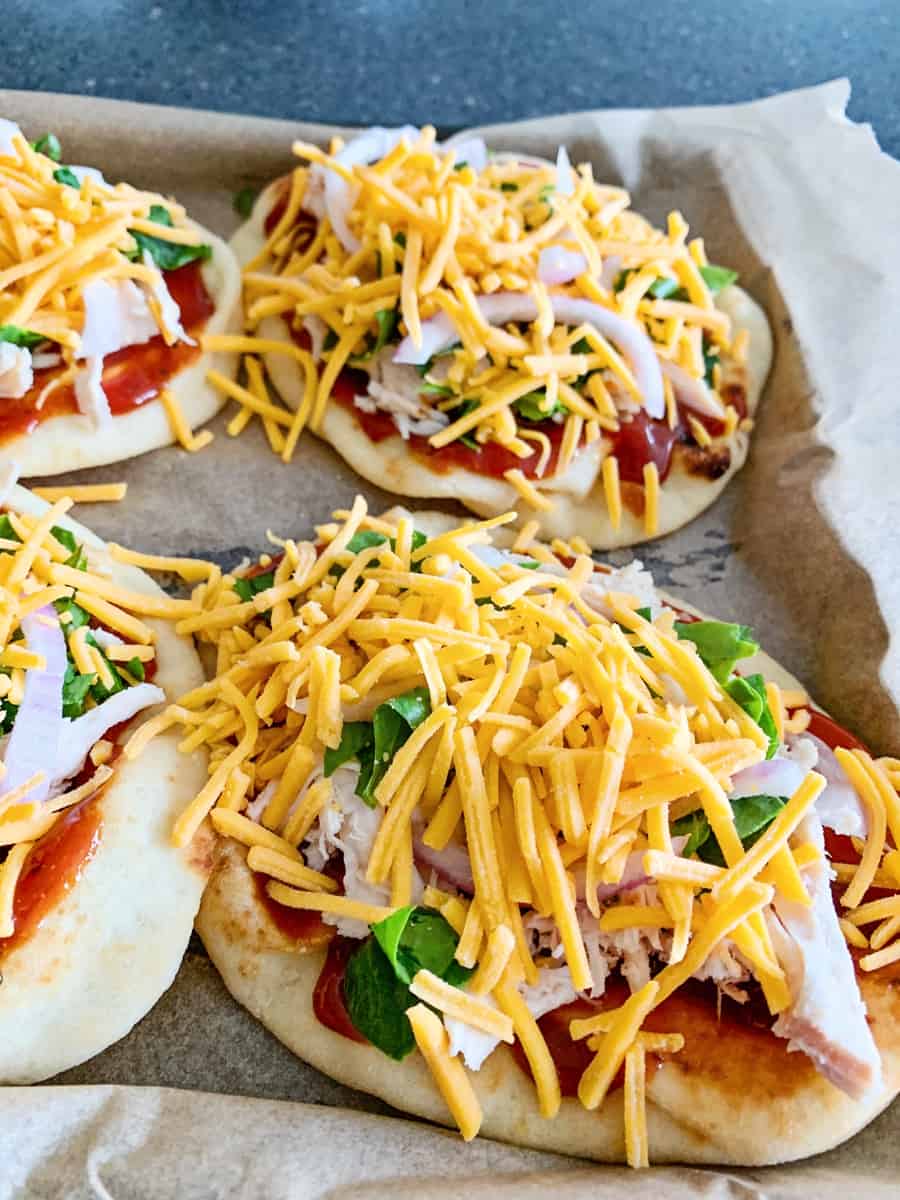 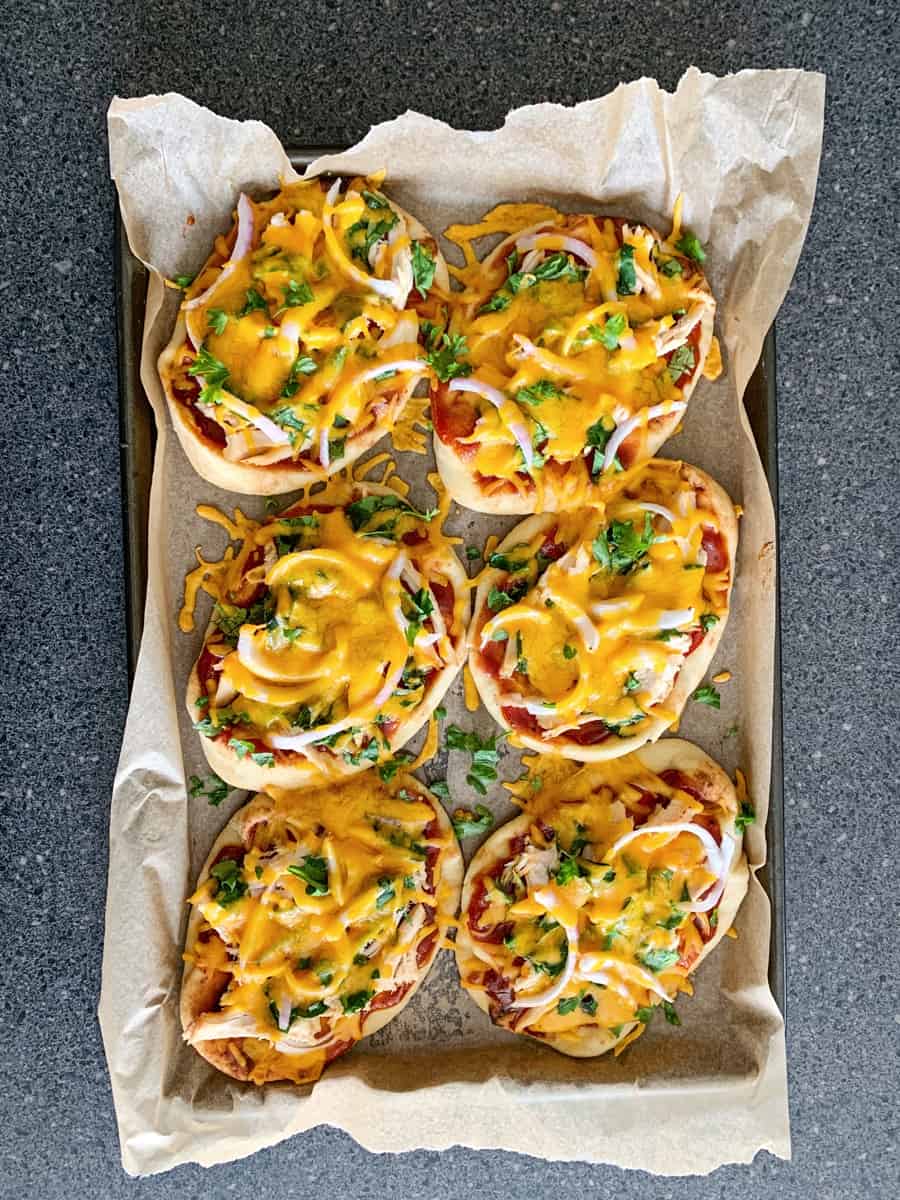 Once you gather up all the ingredients, it’s literally as simple as layering them on and melting or warming it up slowly in the oven or microwave. 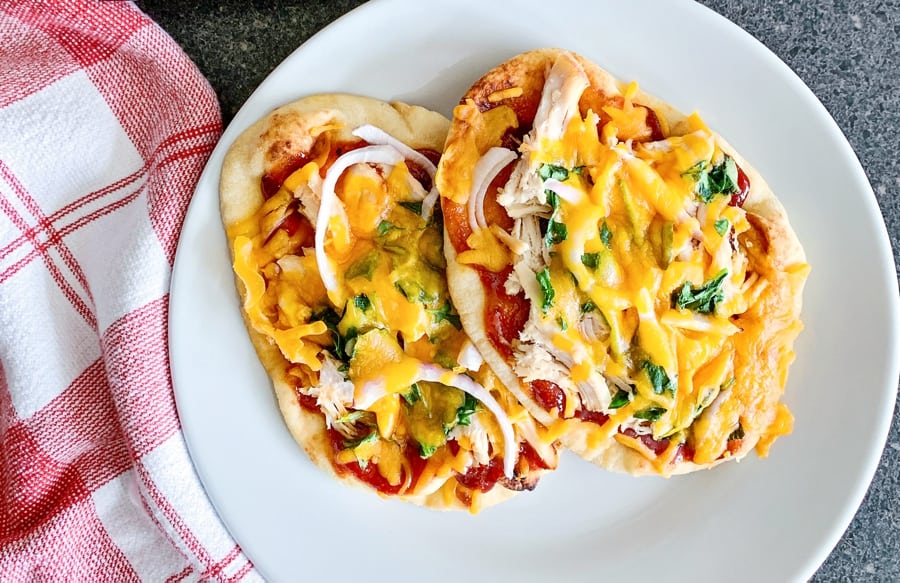 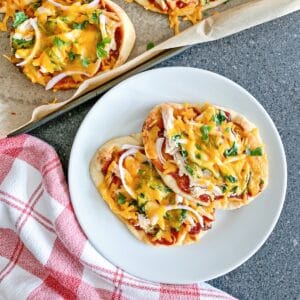 Keyword pizza
Tried this recipe?Let us know how it was! 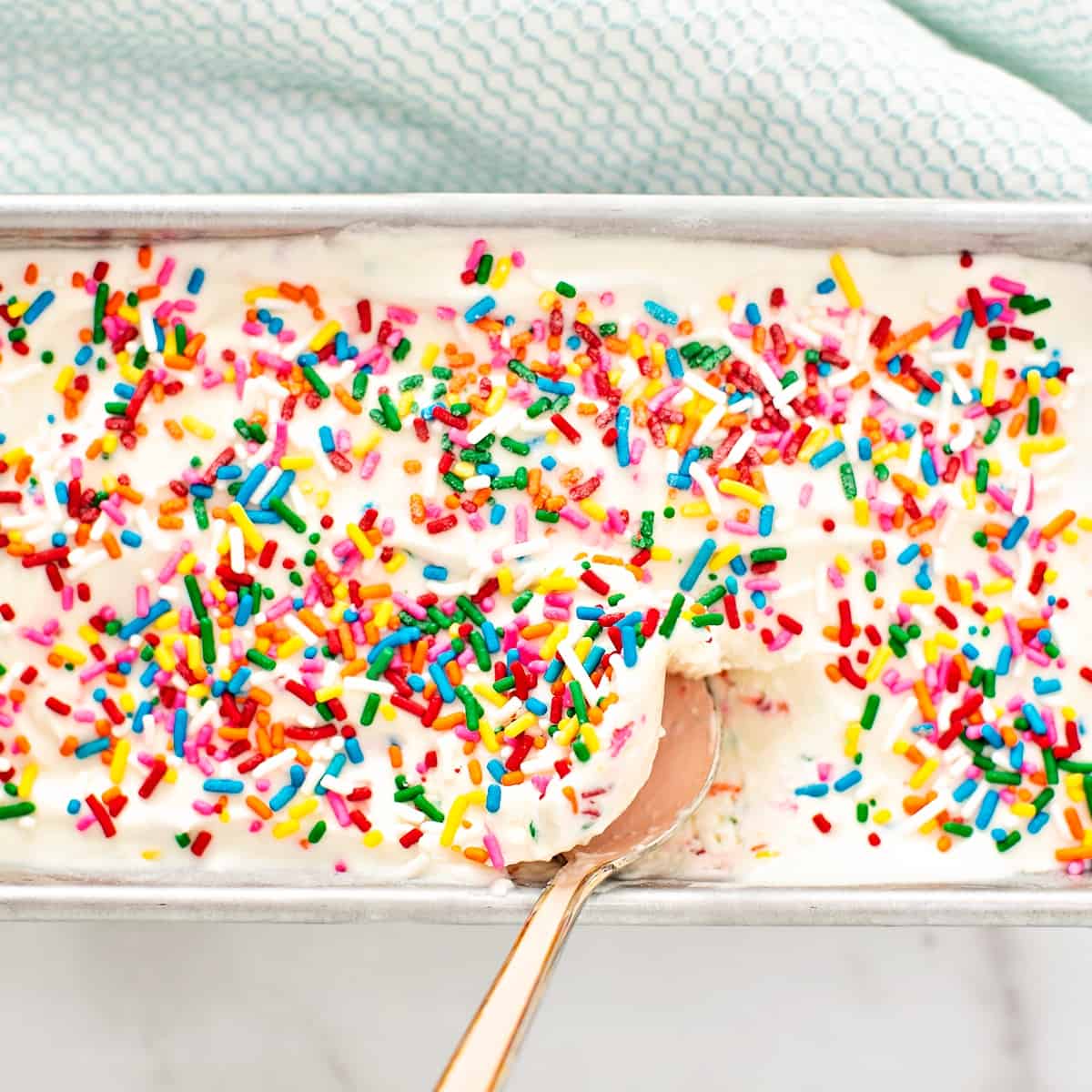