Turkey Cinnamon Rolls Are A Cute and Easy Thanksgiving Breakfast 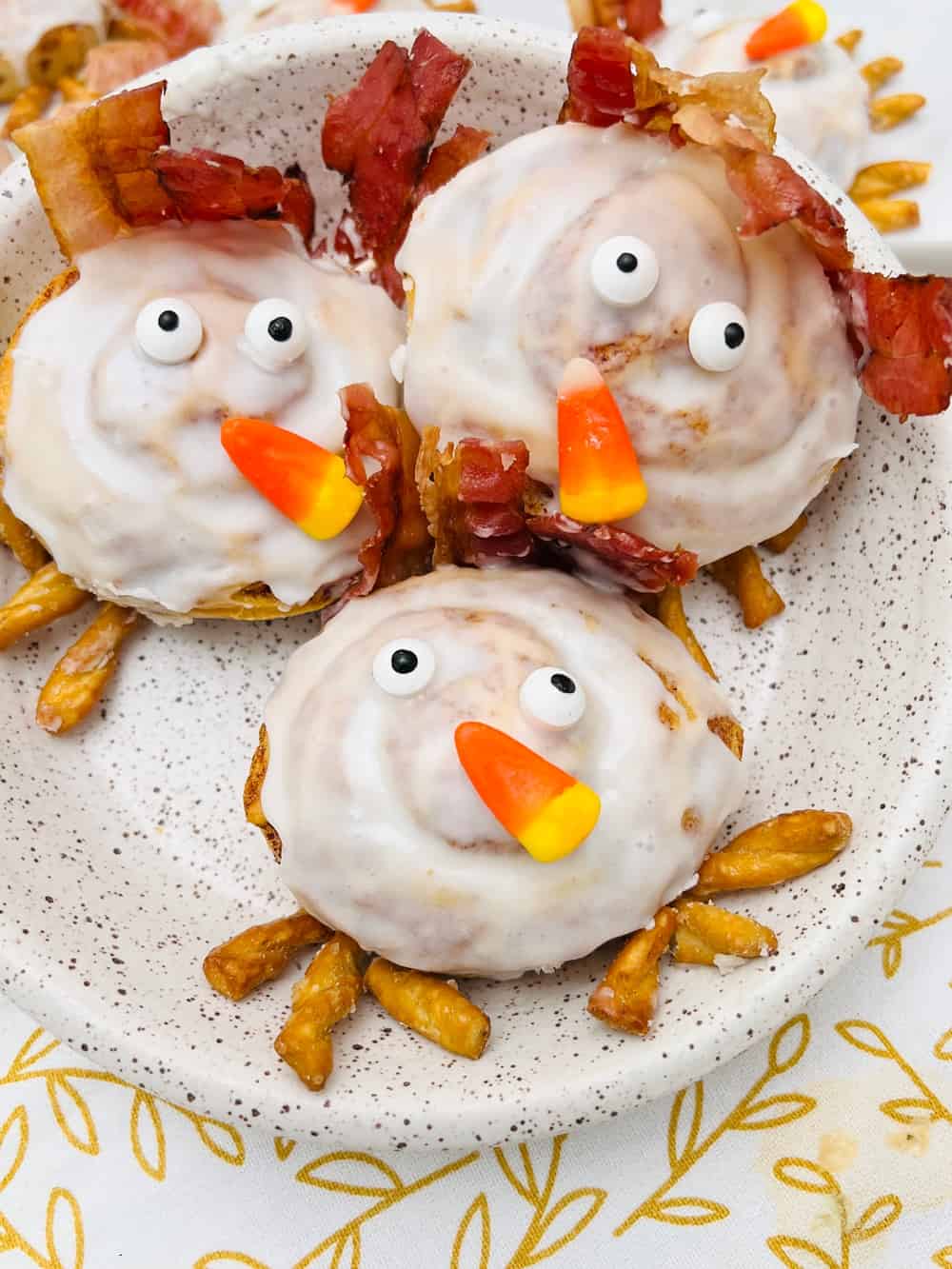 Turkey Cinnamon Rolls are simple and fun for the kids to help make Thanksgiving morning! All you need are prepared cinnamon rolls, candy eyes, candy corn and bacon to make this fun treat!

We love cinnamon rolls around here and will use any occasion to dress the up and make them even more festive! With Thanksgiving coming up we thought it’d be fun to try the Pillsbury Turkey Cinnamon Rolls that are popular online around this time of the year!

Although we’ve made our own cinnamon rolls before, using prepared cinnamon rolls is super easy for this edible kitchen craft, especially if kids will be helping in the kitchen! Watch my 4 year old son @DashBakesTheGreats put together these delicious cinnamon rolls! 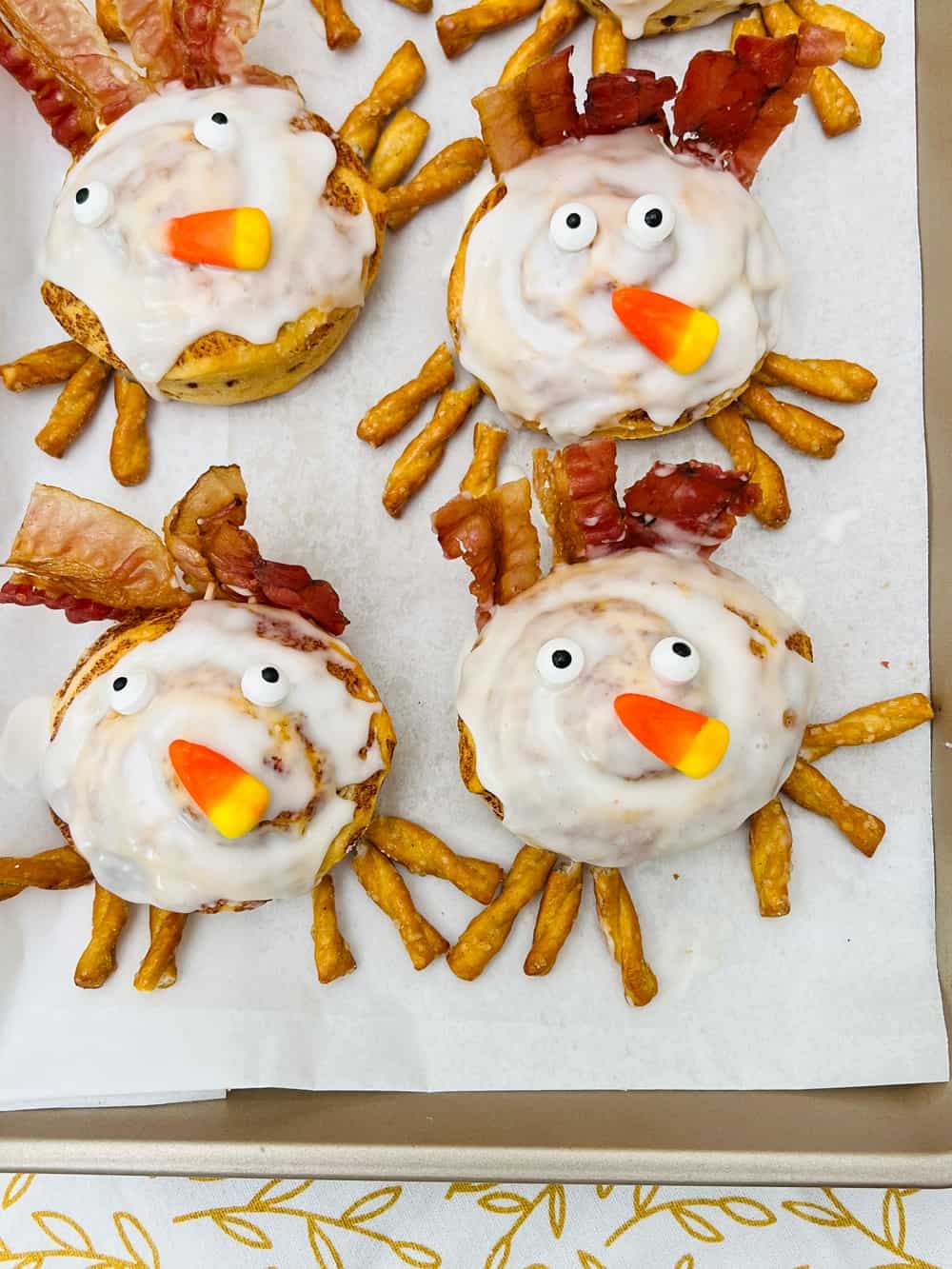 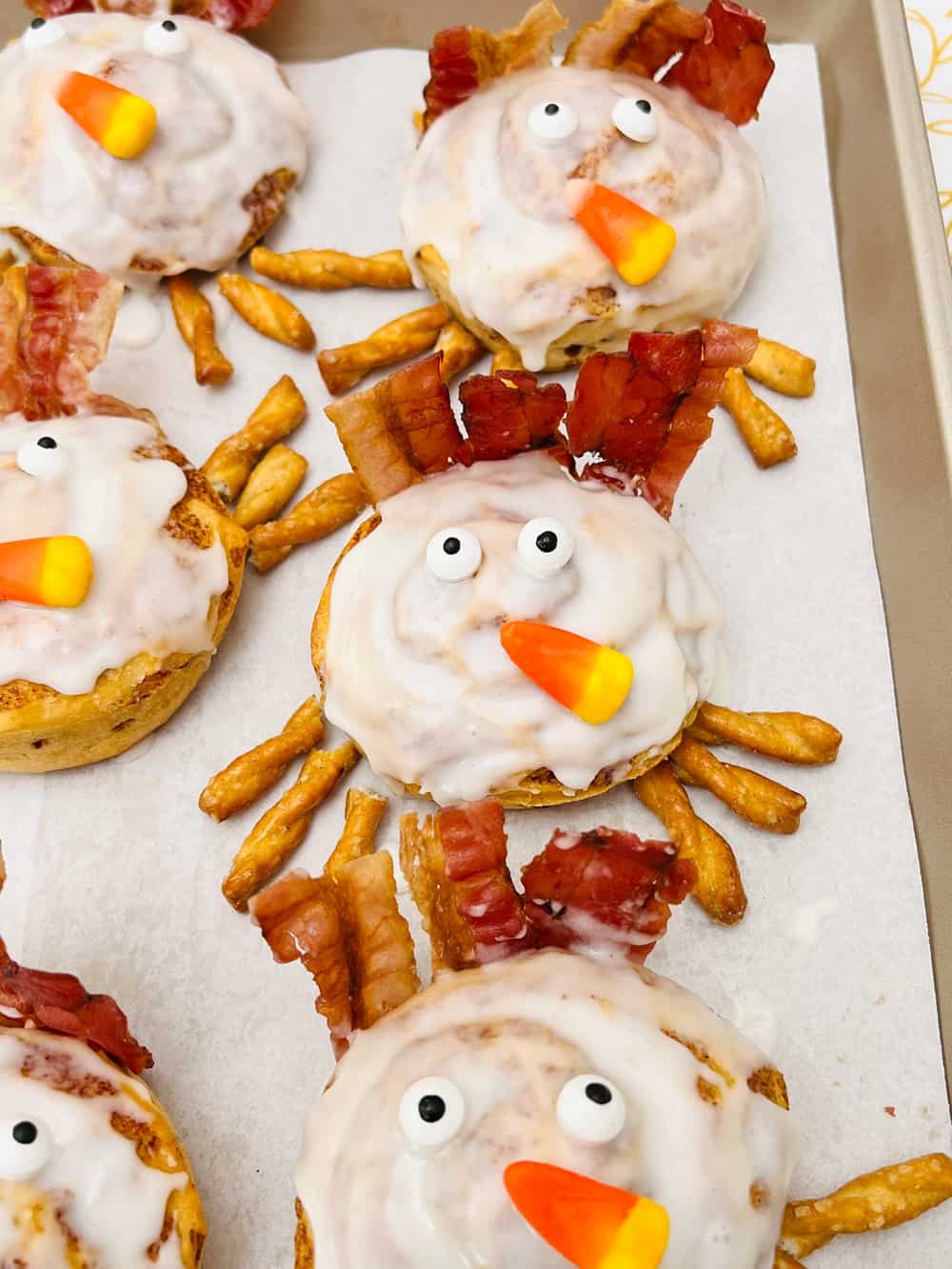 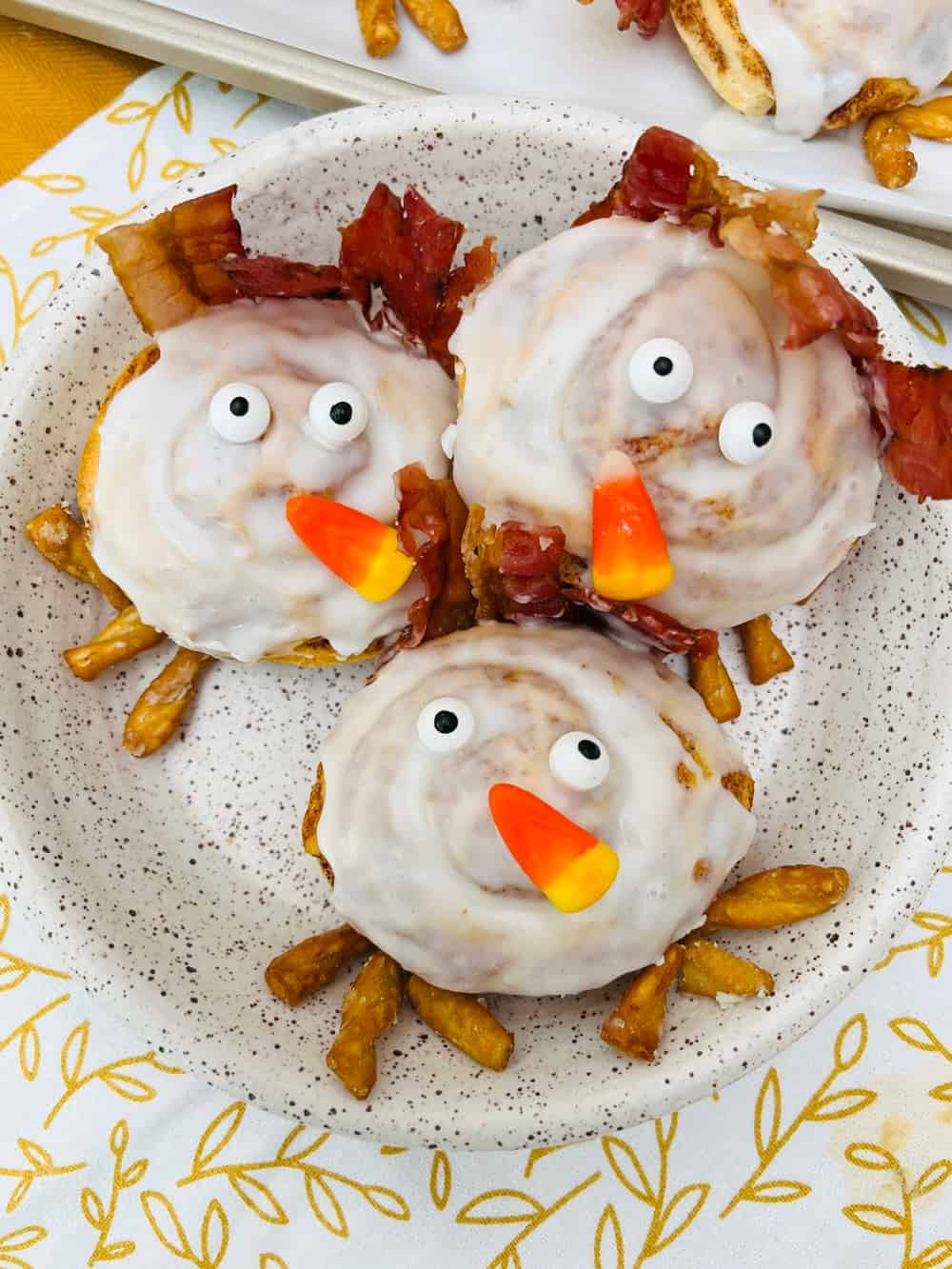 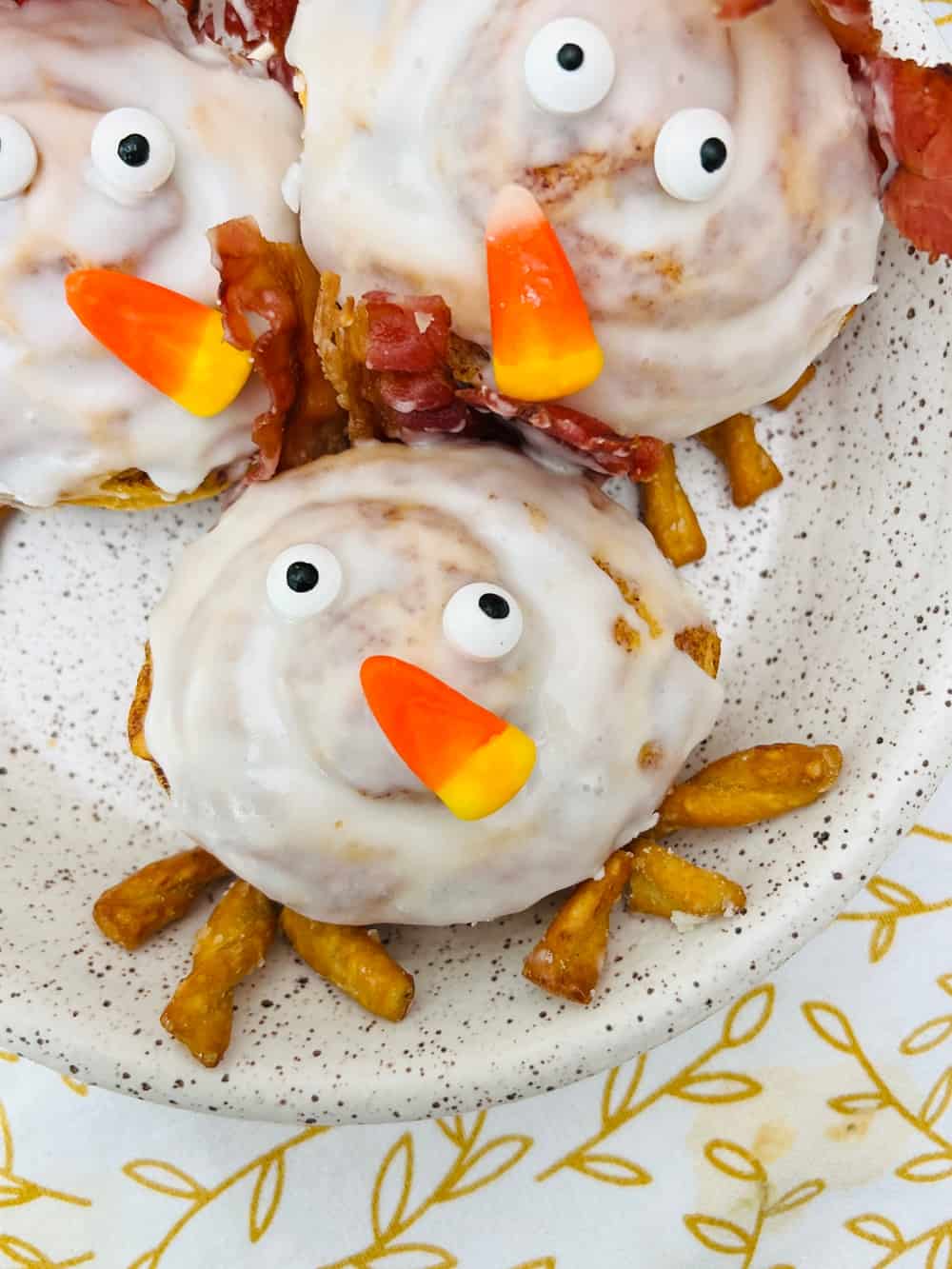 This breakfast treat is great to kick off Thanksgiving morning with a bang! Plus it’ll keep the kids busy while you’re preparing other meals for dinner that night!

How do you make Turkey Cinnamon Rolls?

If you’re going the easy way with these cinnamon rolls all you’ll need are prepared cinnamon rolls (we used Pillsbury brand) but have tried other brands too like Trader Joe’s! The prepared dough already comes with icing so all you’ll need to finish them up to look like turkey are bacon slices cut in half, candy googly eyes, one candy corn for the nose and pretzel sticks for the legs!

What to serve with your Cinnamon Turkey Rolls?

We love that this breakfast item takes care of both the baked  goods AND protein part of breakfast with the bacon! This would be delicious served with some soft scrambled eggs and maybe some turkey pancakes!

What else can you use for the bacon?

If you want to stay away from meat, you can use vegan bacon strips or instead use waffle or French toast sticks as the “feathers.”

How do you attach the bacon to the cinnamon rolls?

We found using icing let the bacon slide off so one trick is to use half a toothpick to stick through the bacon and onto the side of the cinnamon rolls so the bacon stands up! 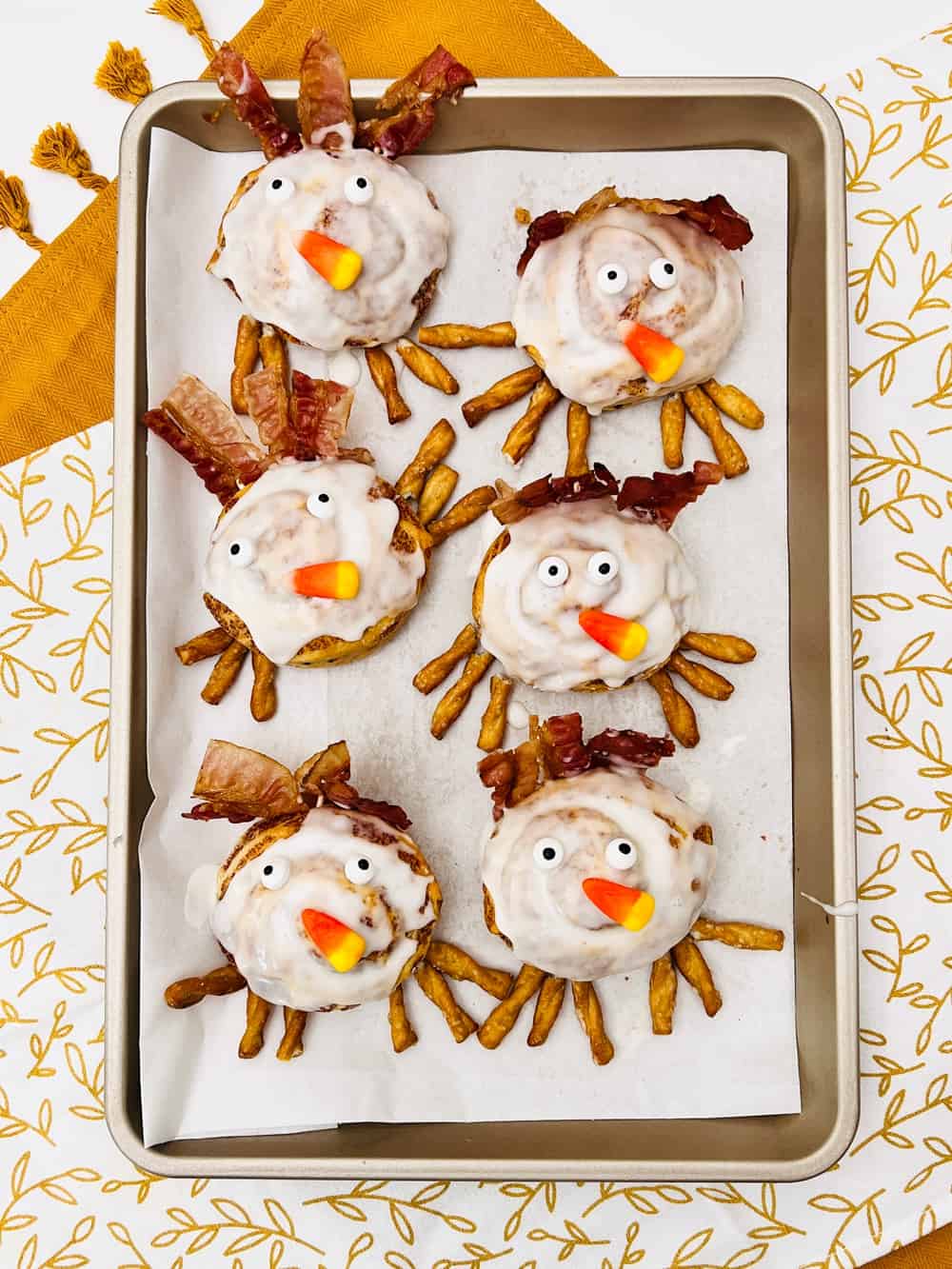 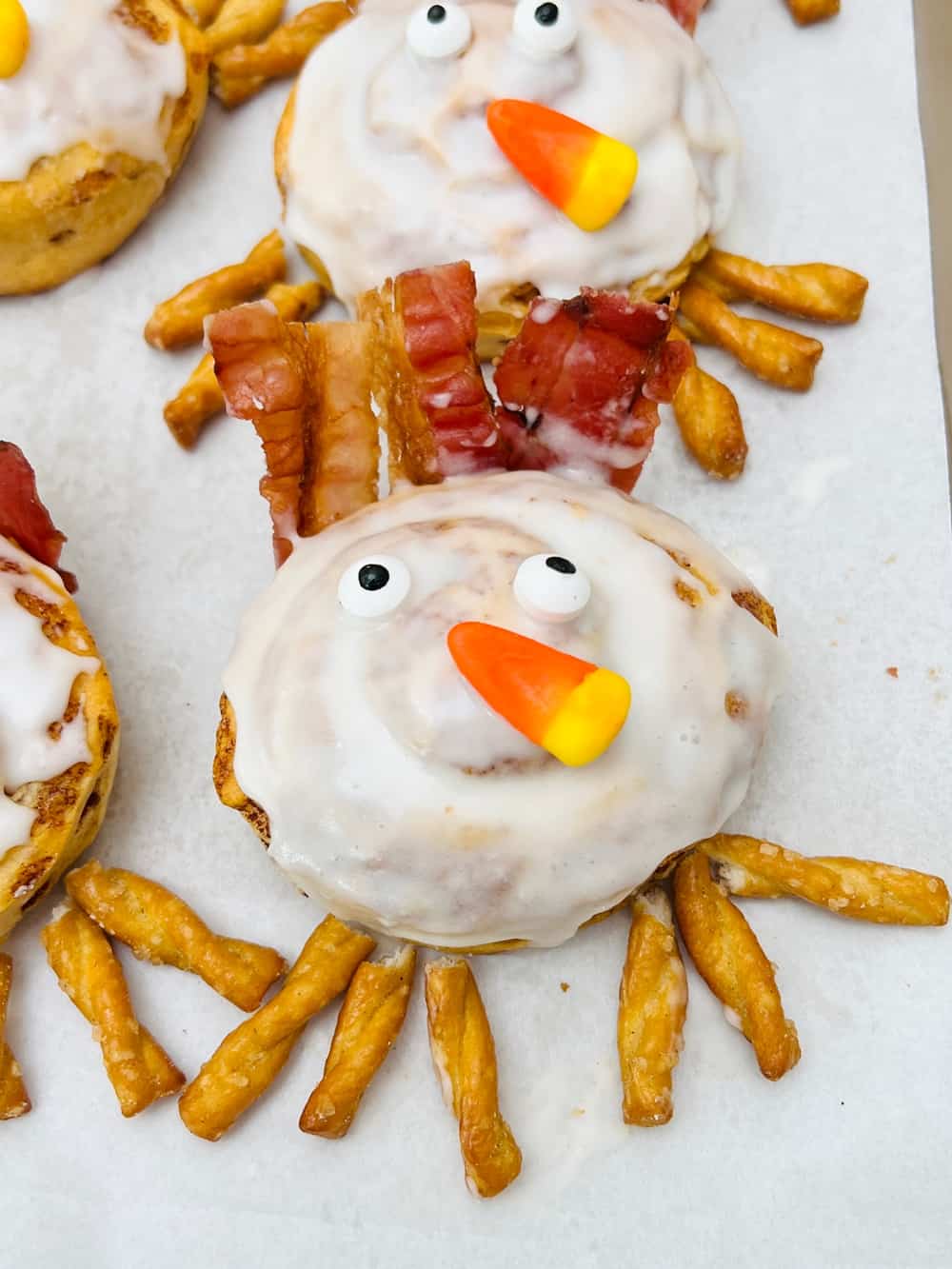 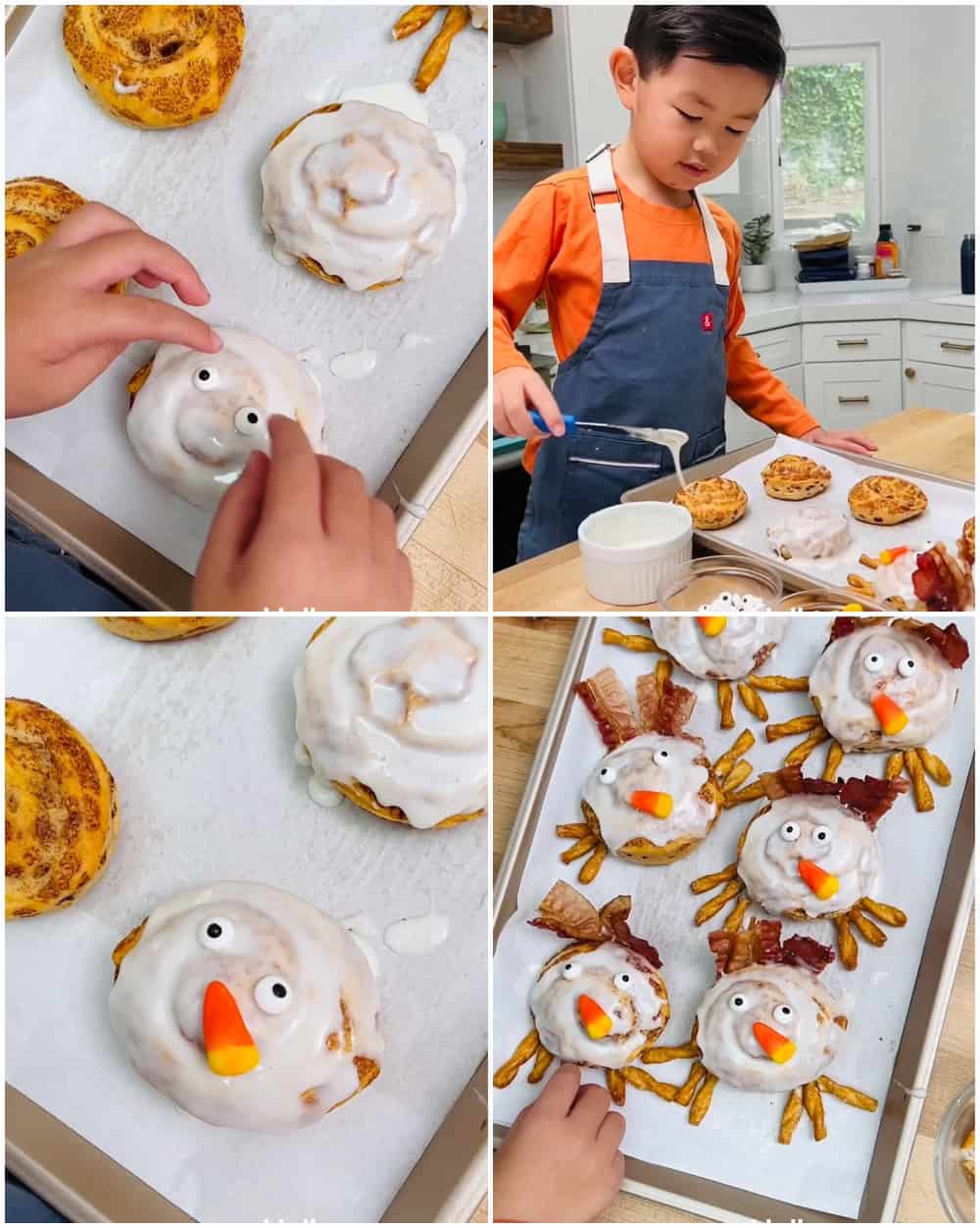 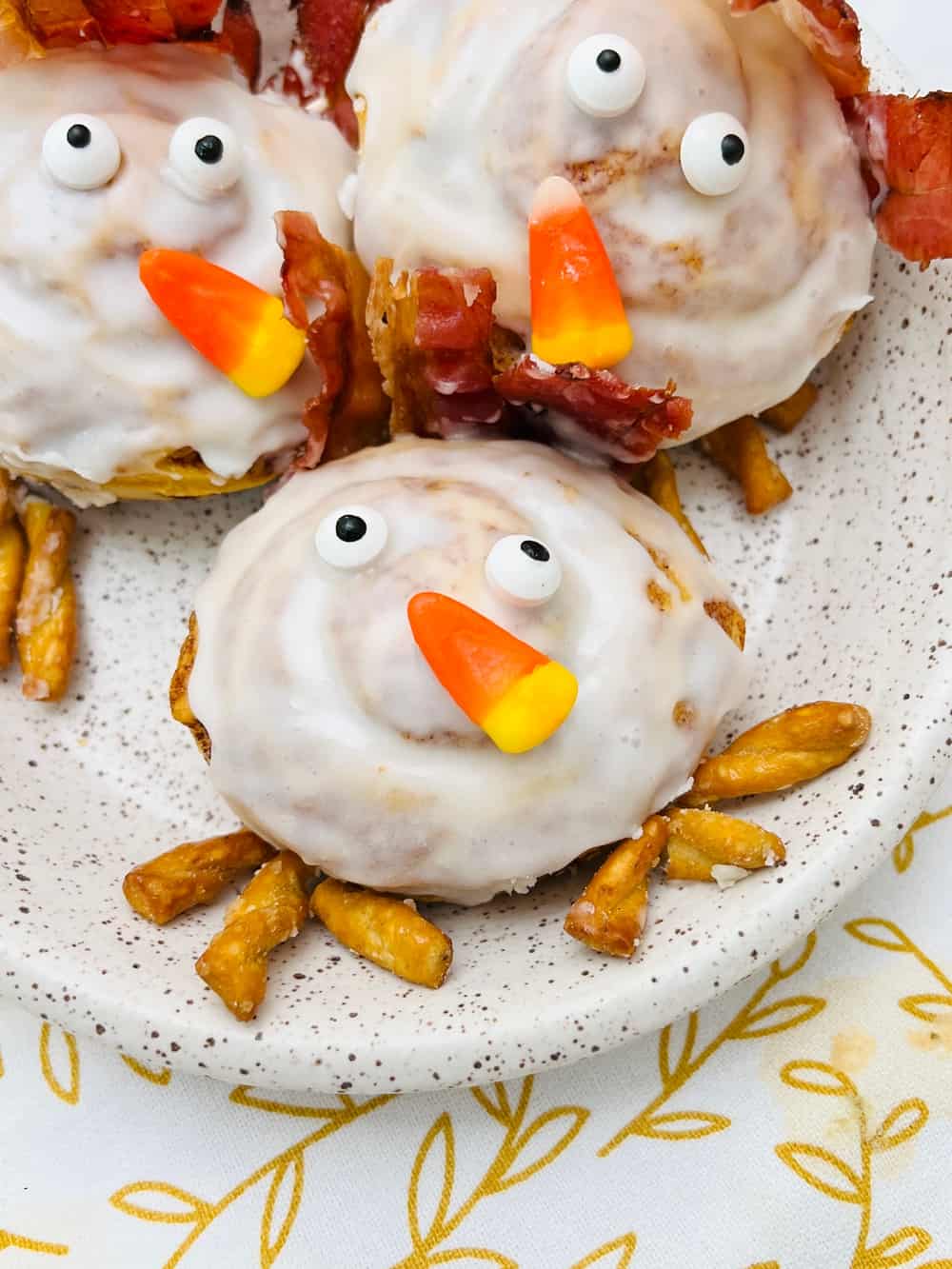 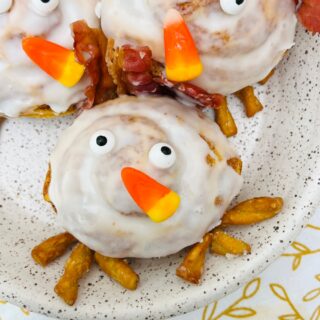 Keyword turkey cinnamon rolls
Tried this recipe?Let us know how it was! 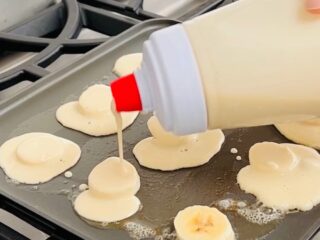 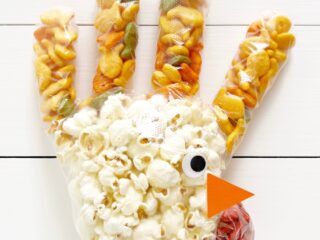 […] is in the air, the kids are back in school and Thanksgiving will be here before we know it. Today we’re sharing a fun, turkey craft and snack in one. […]