Do your kids hate vegetables or secretly give them to the dog? Look no further than this adorable and healthy Veggie Pepper Train!

If your child hates eating vegetables, then this recipe is for you! I created this recipe to entice children to eat their veggies in a fun, creative way rather than a chore! When kids see vegetables on a plate, they immediately cringe (unless you’re lucky of course!). However, with this recipe, your kids will be begging you to make this Quick and Easy Veggie Pepper Train! 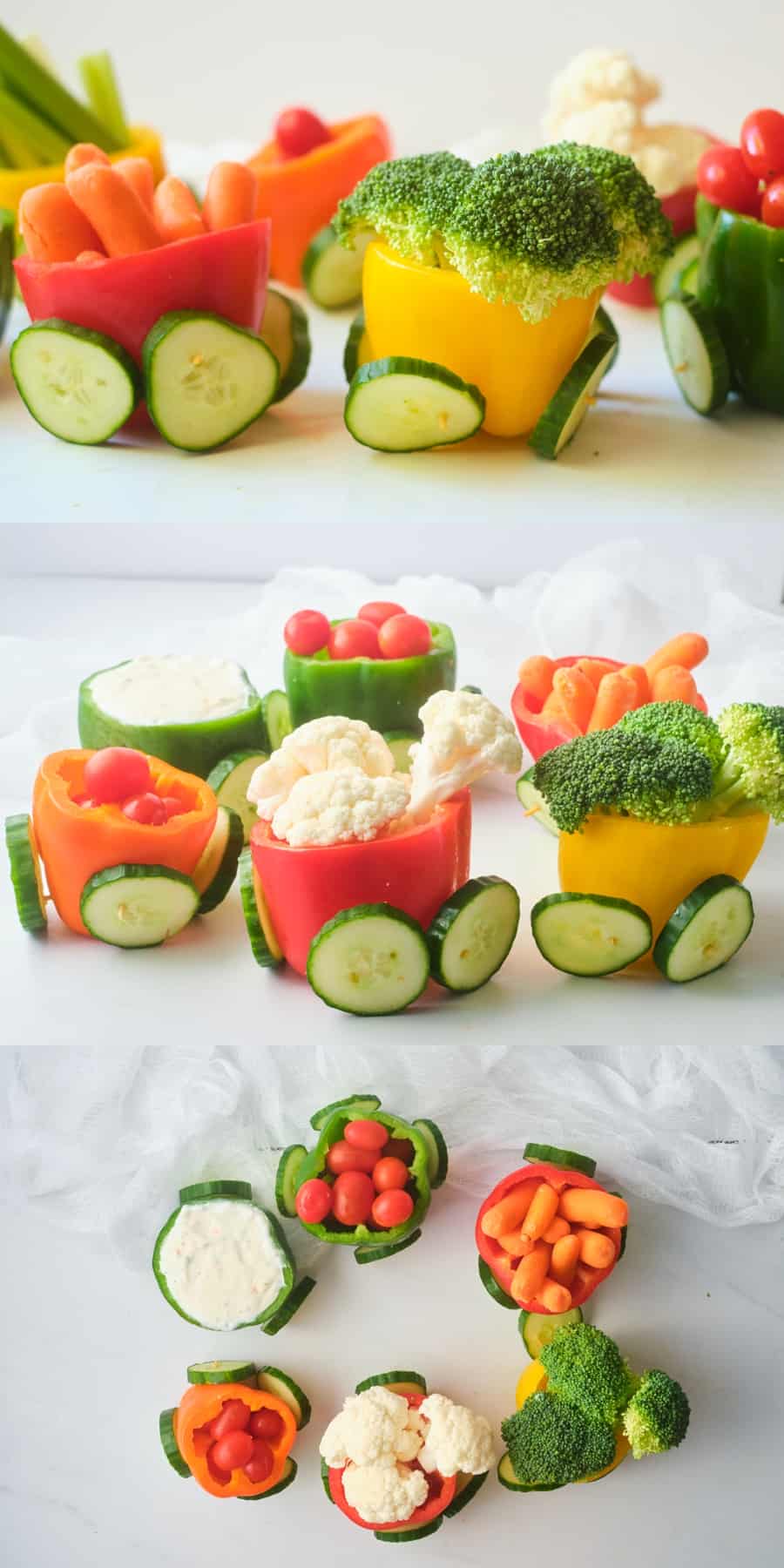 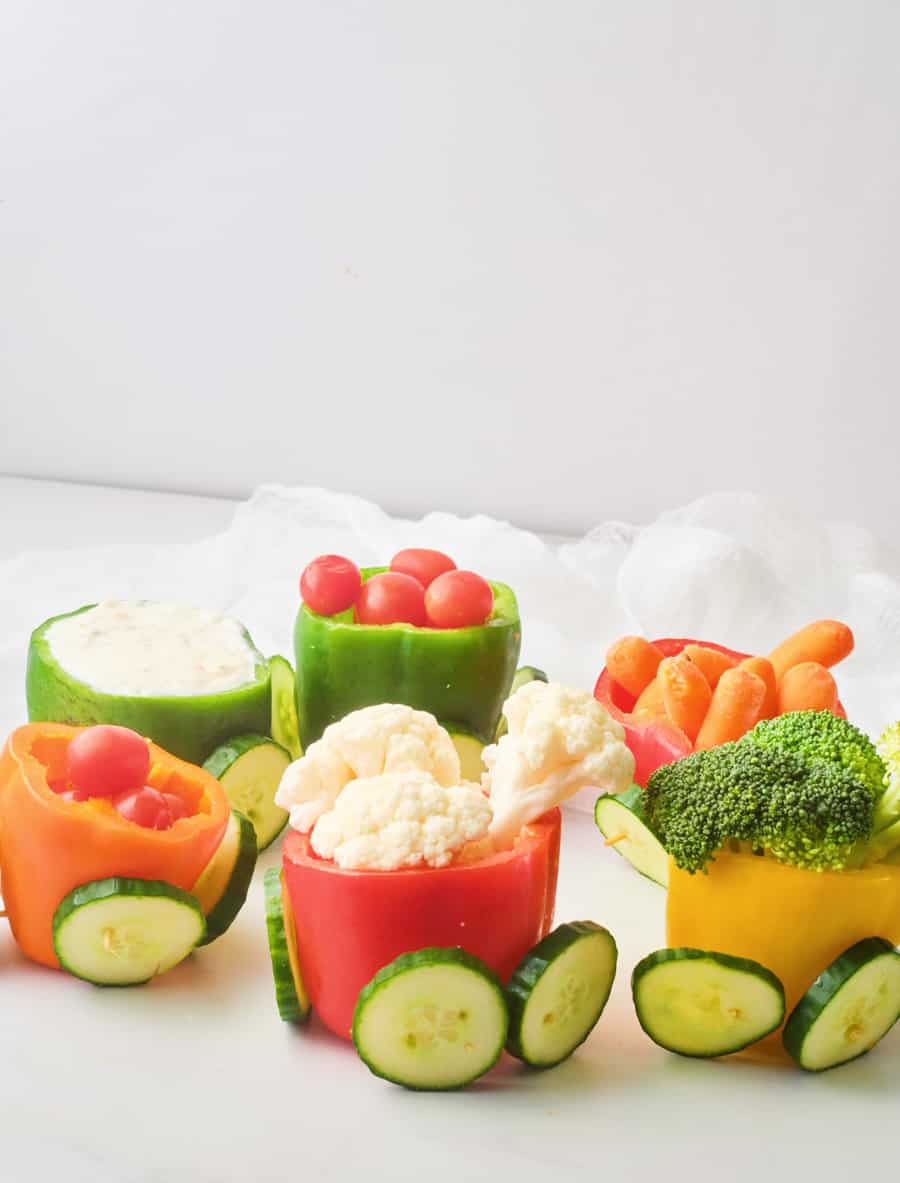 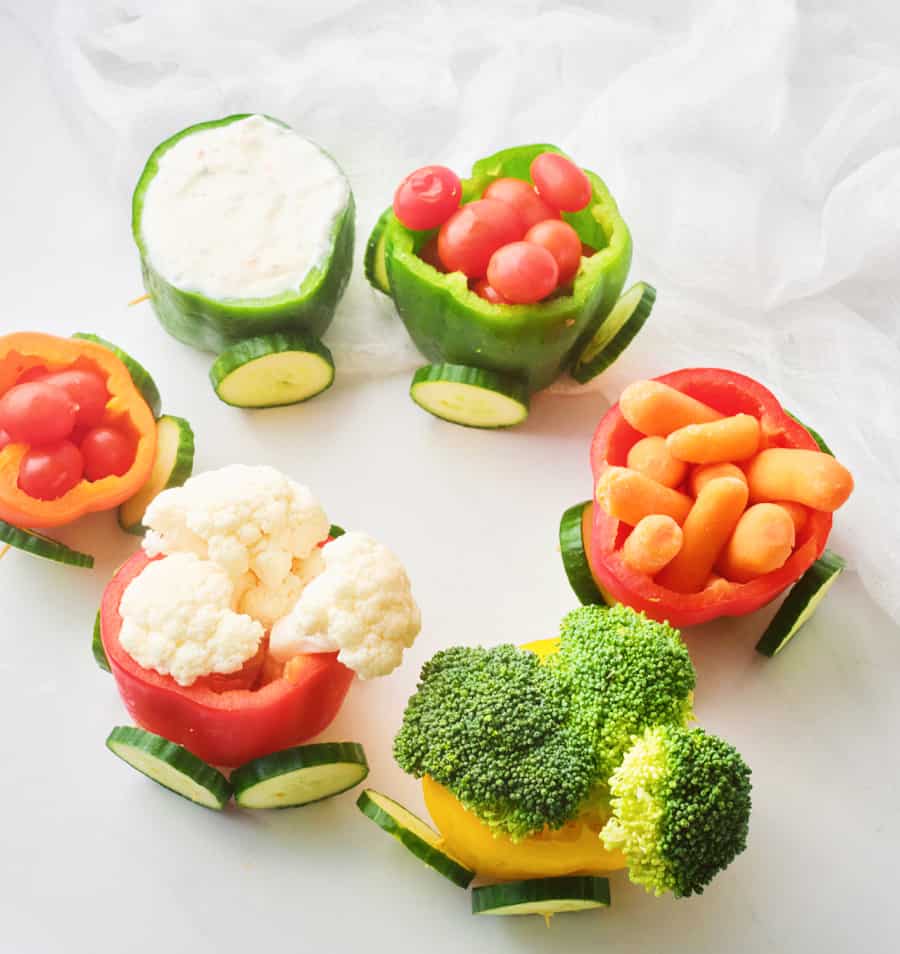 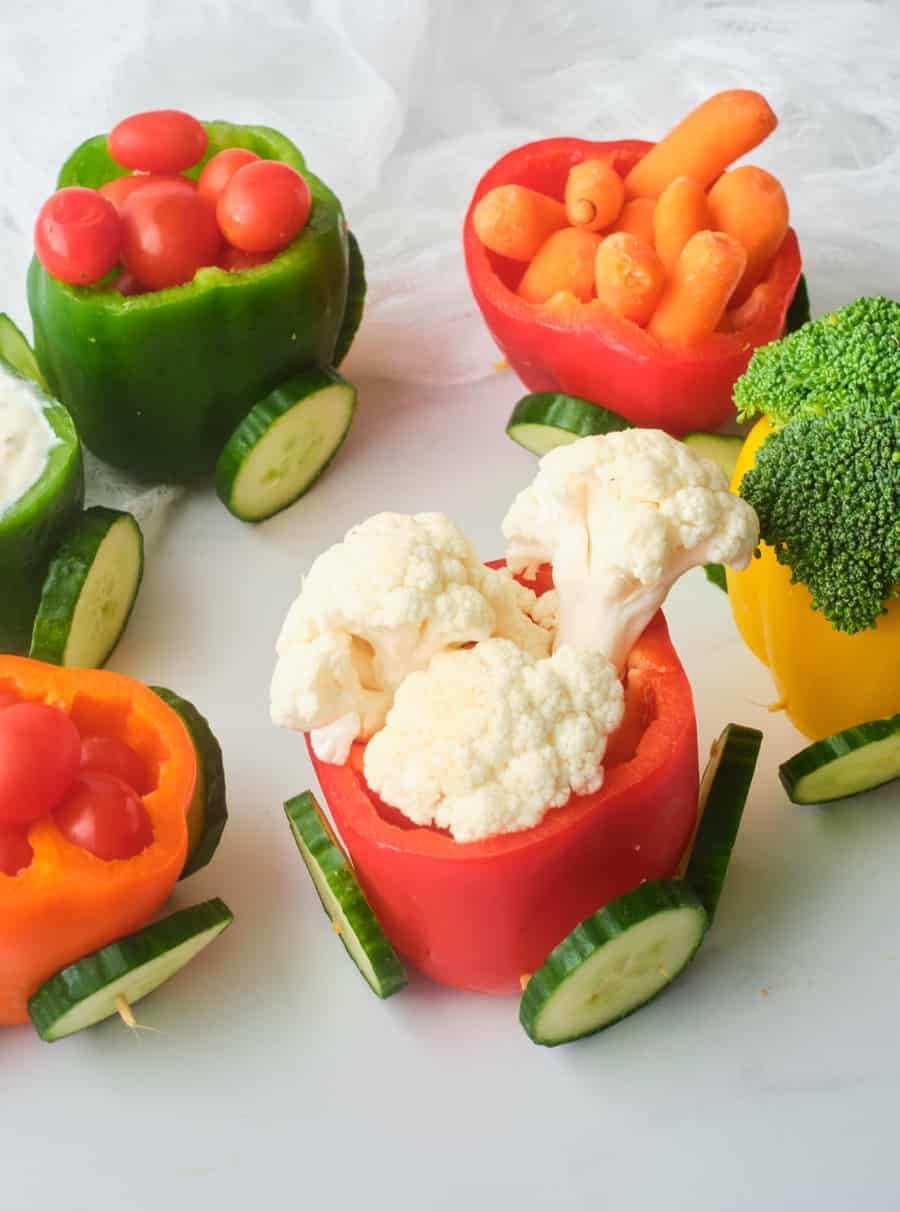 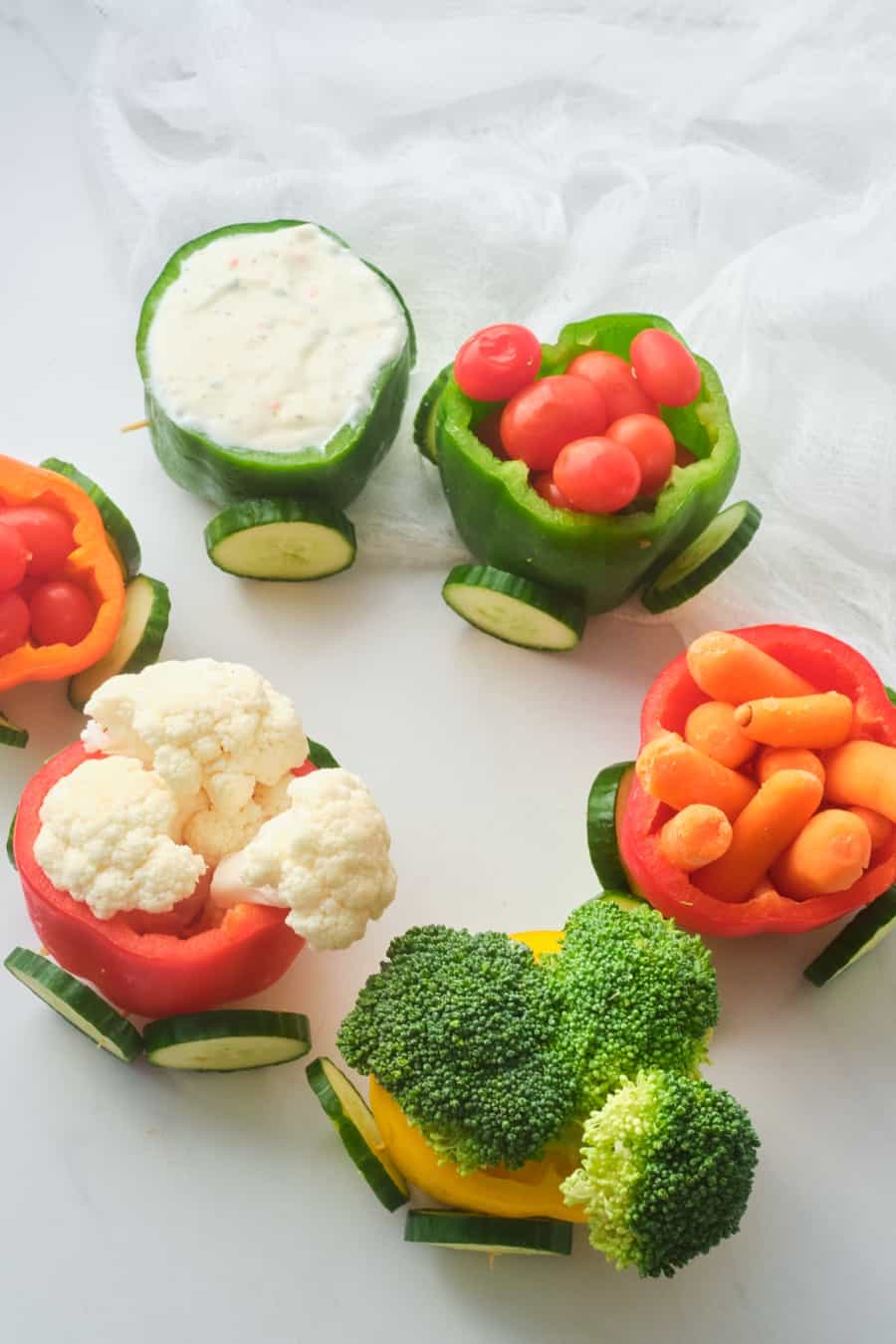 What is a Veggie Pepper Train?

What You’ll Need to Make a Veggie Pepper Train 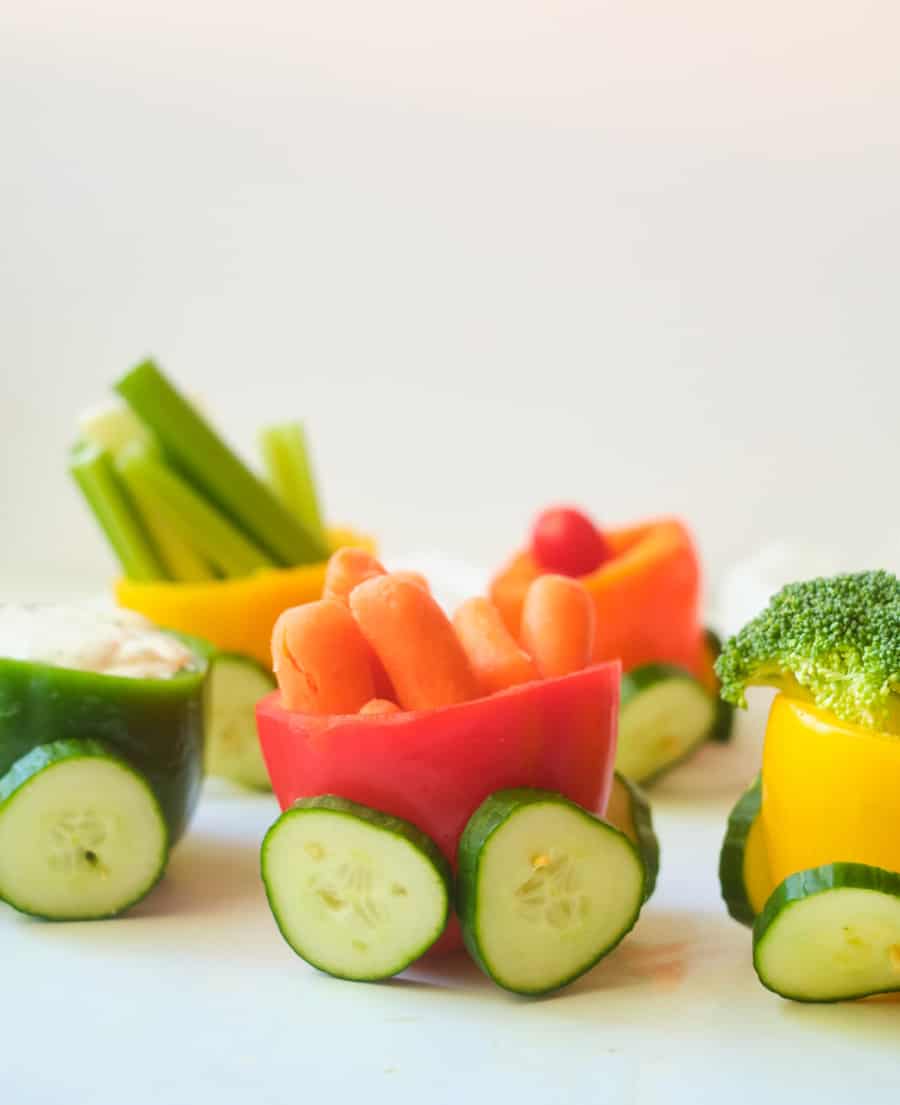 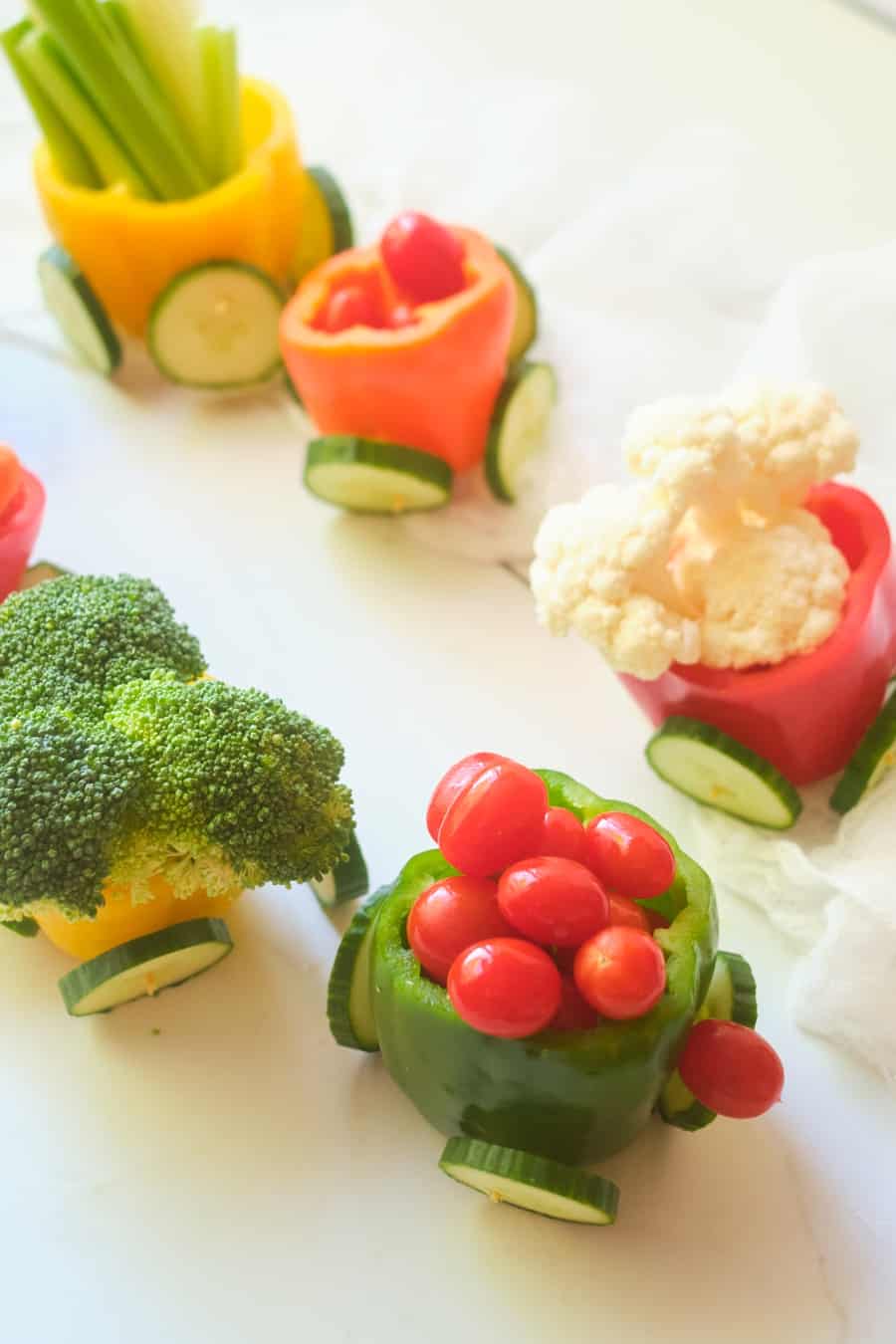 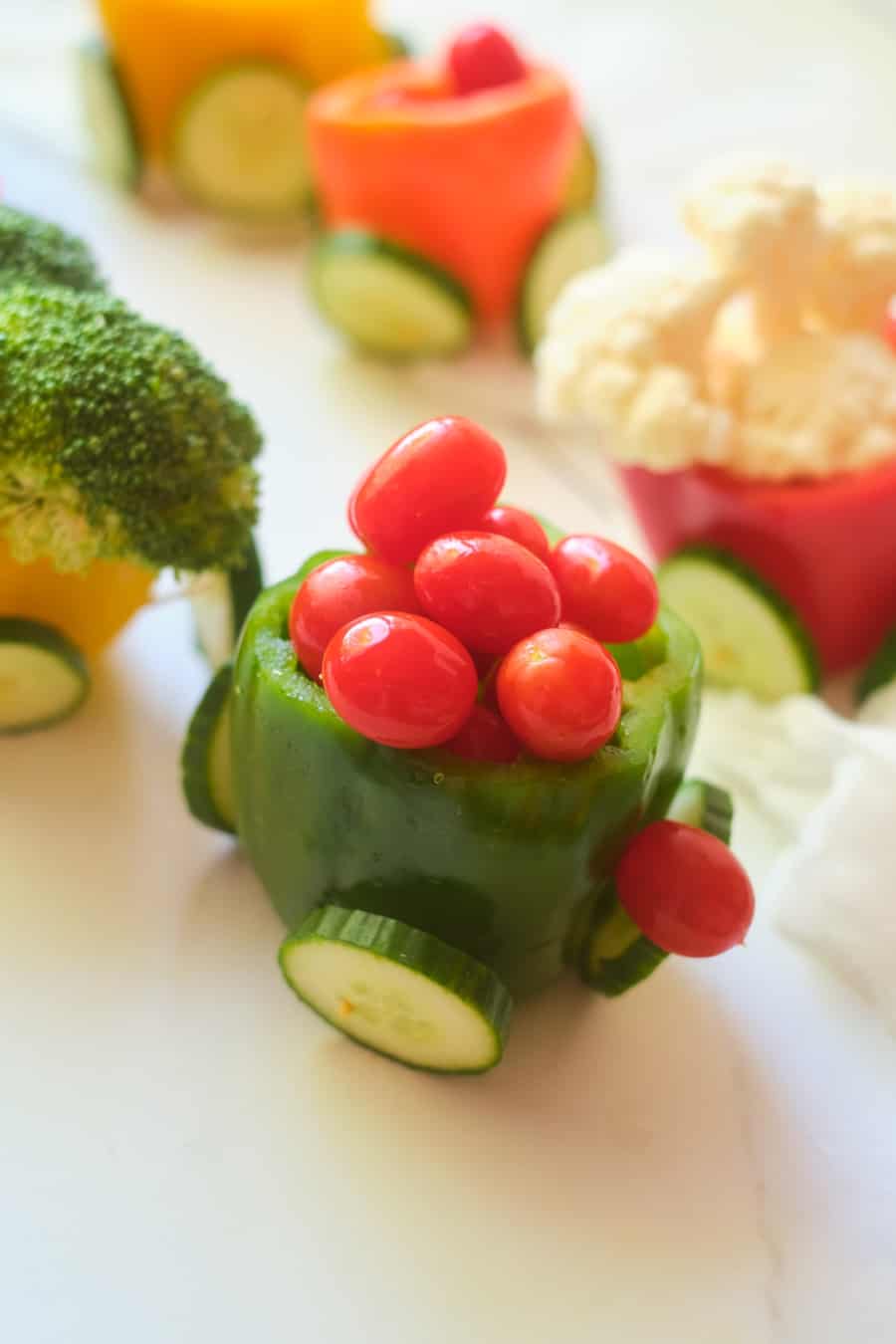 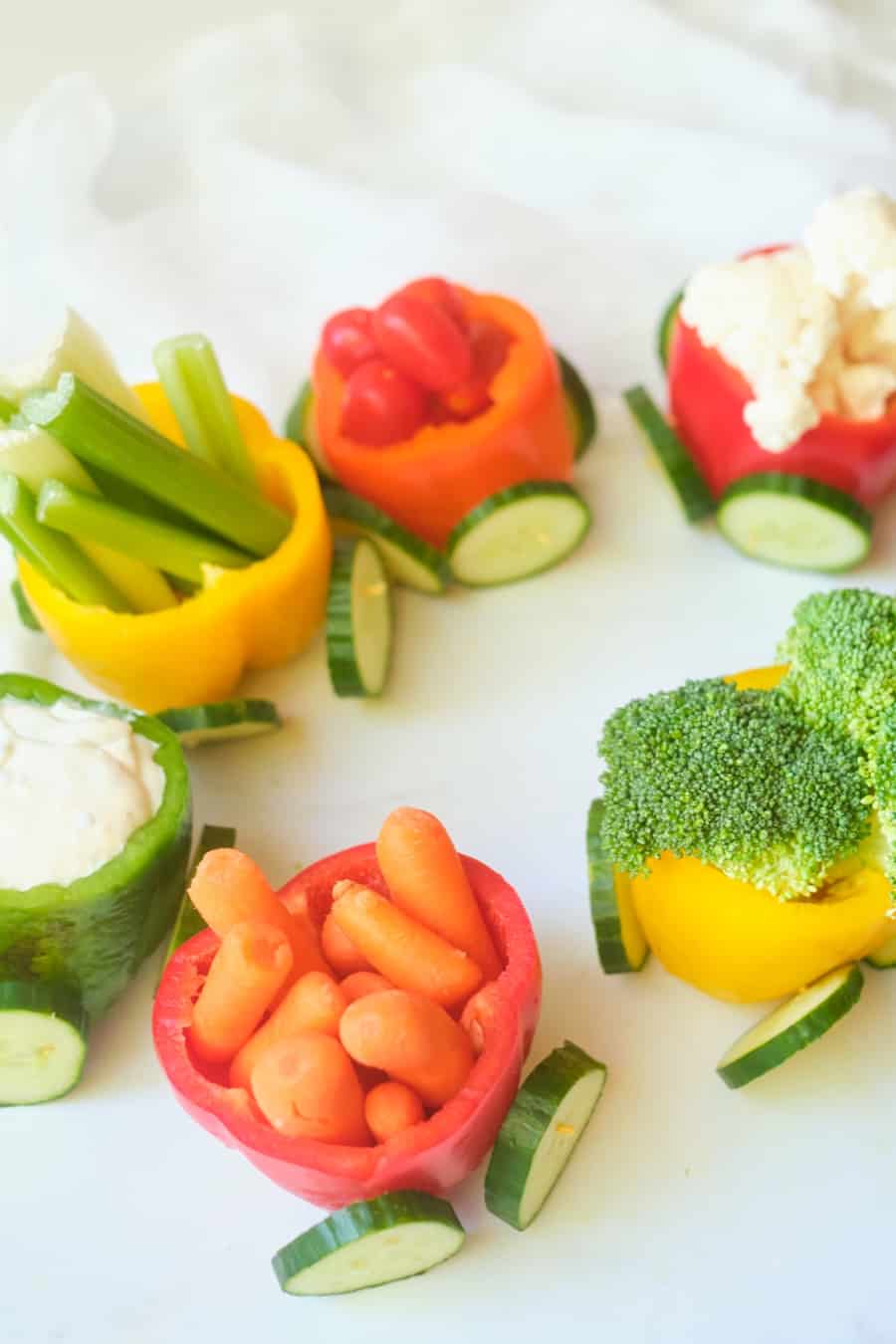 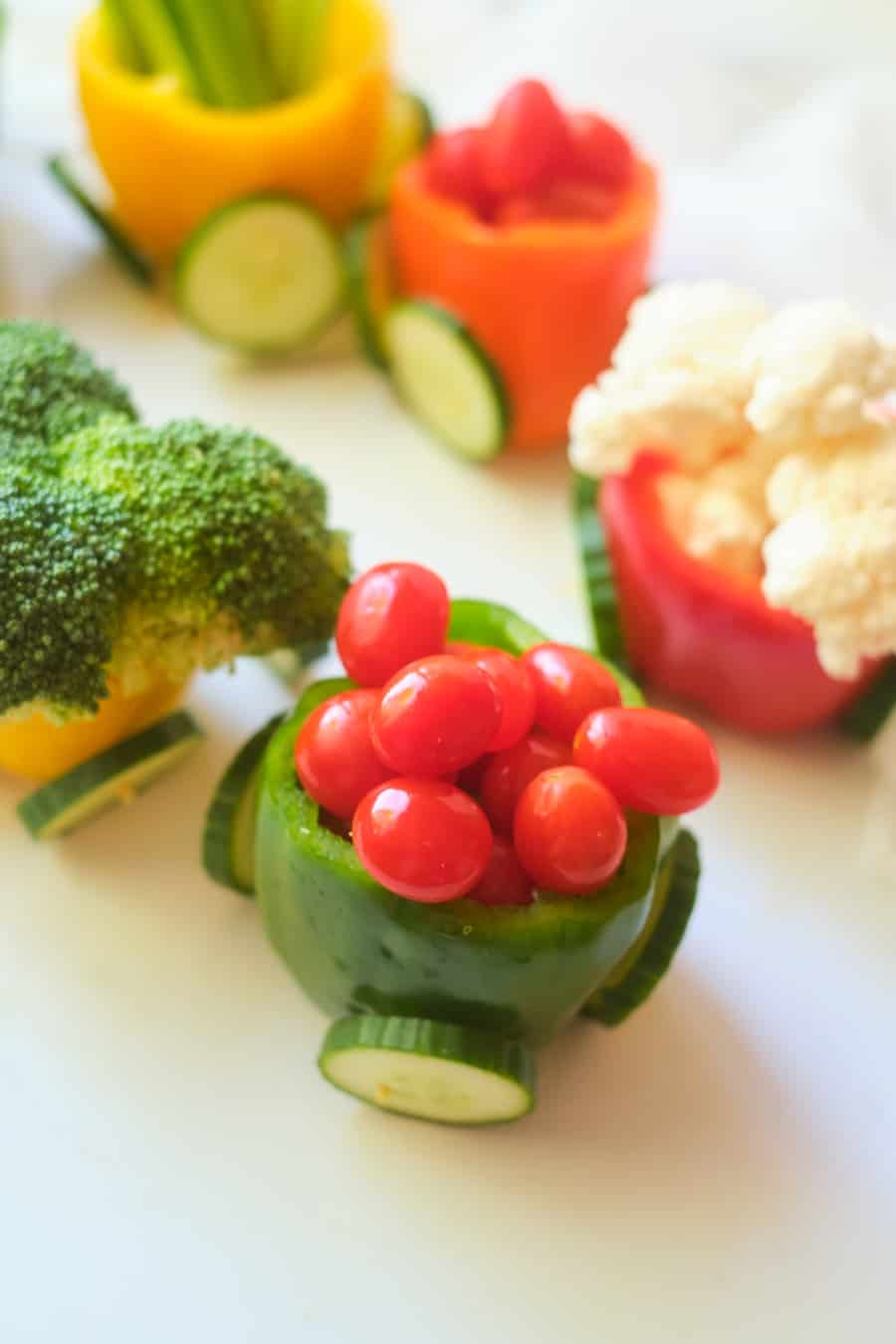 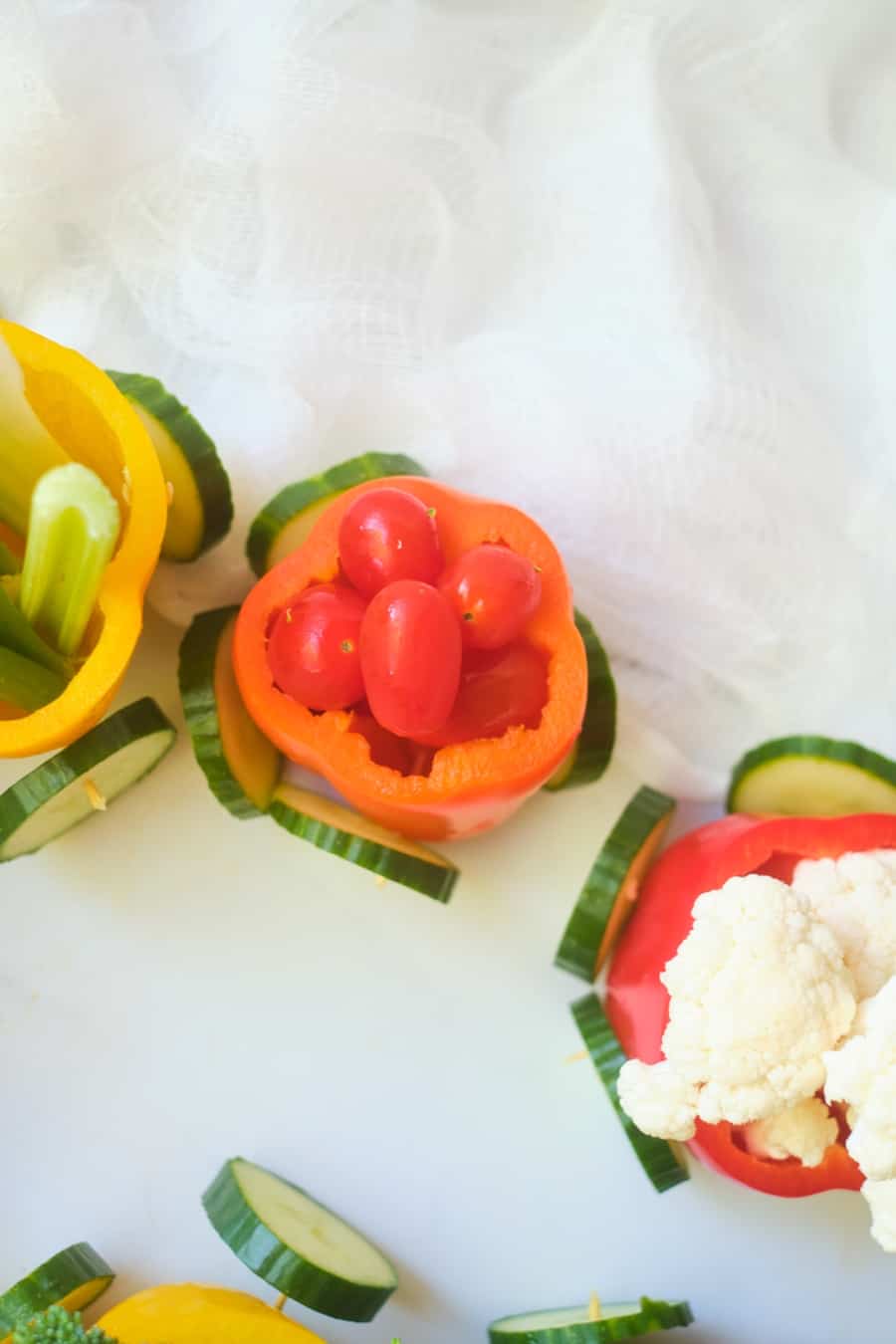 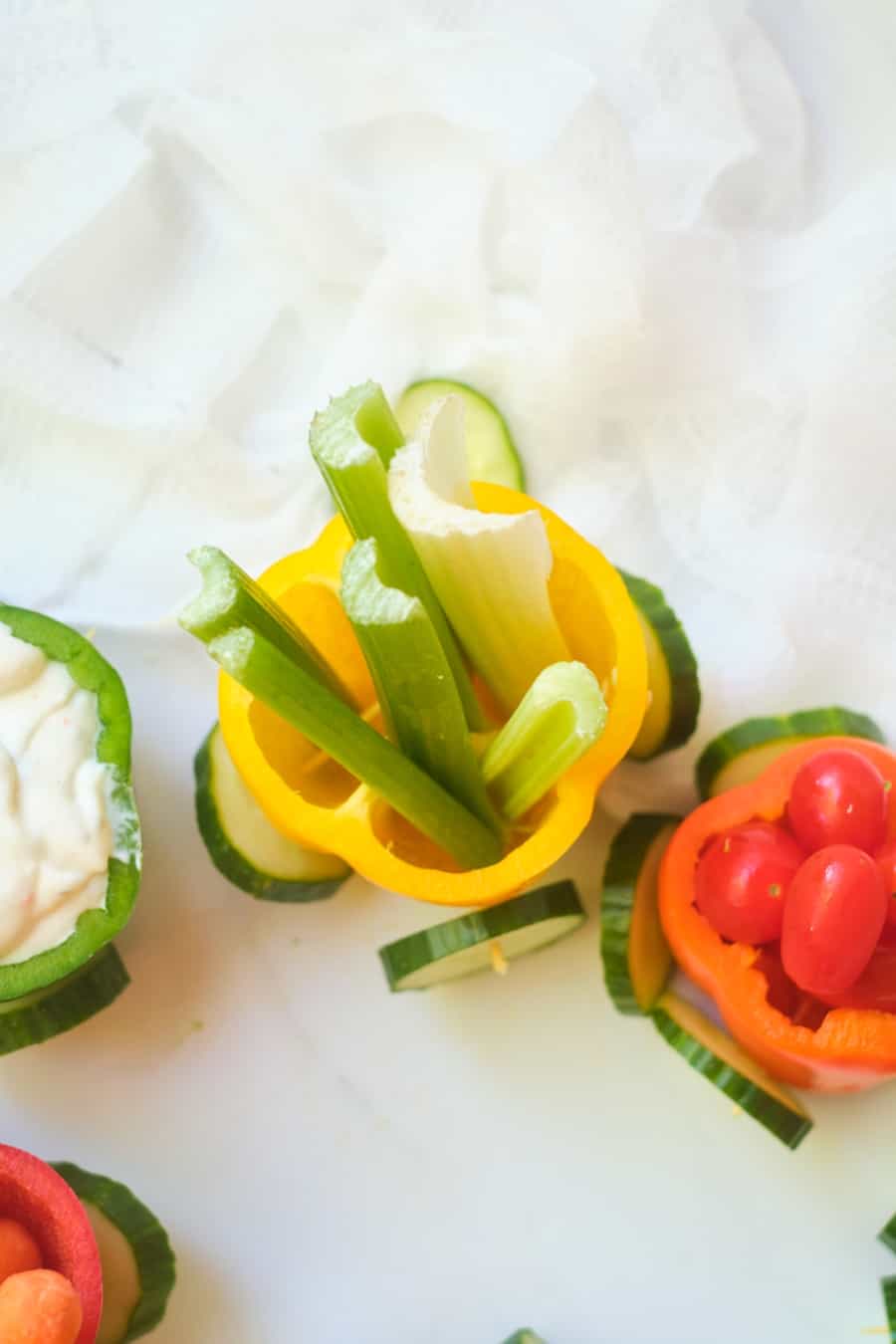 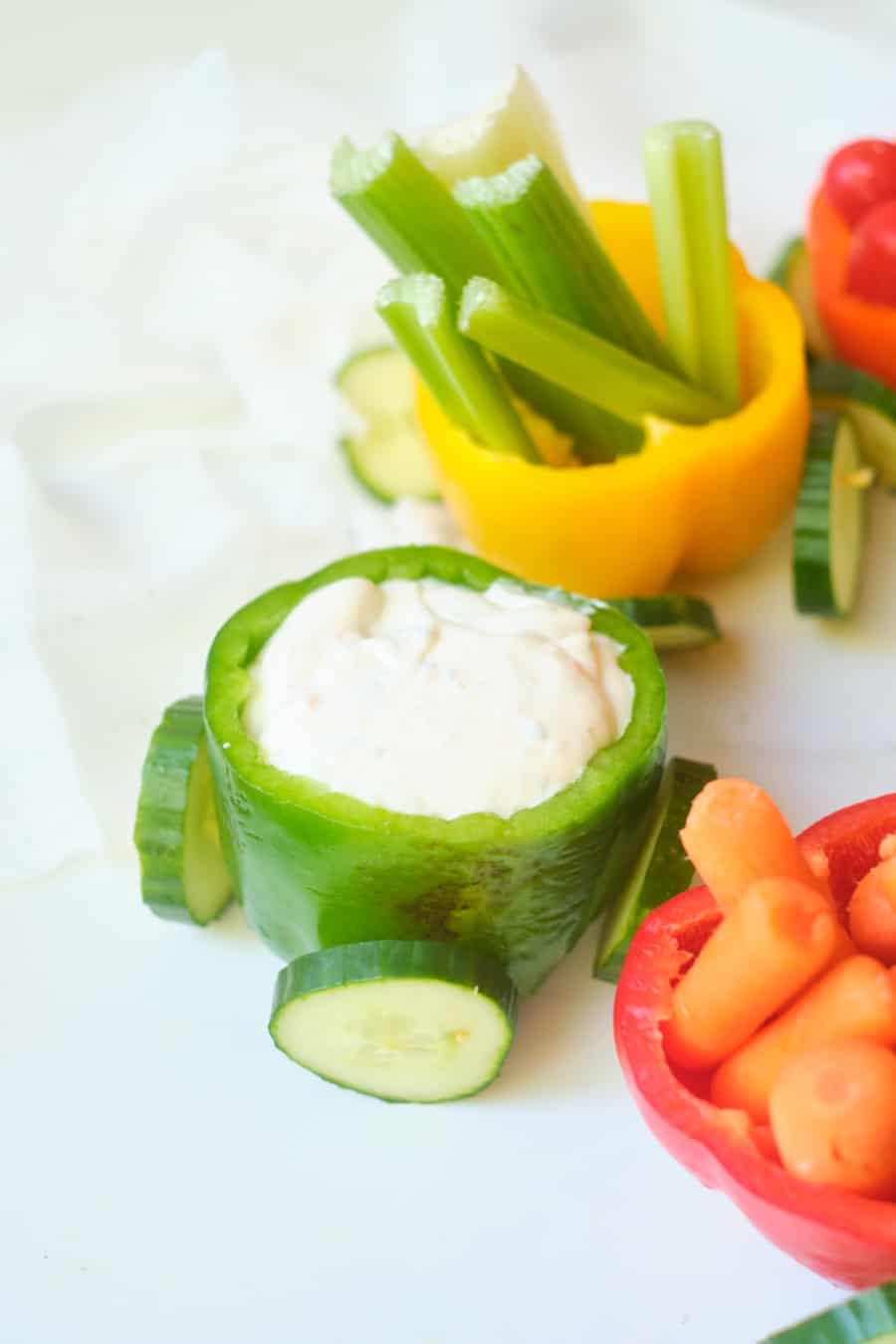 How to Make a Veggie Pepper Train

Why This Recipe Hits a Home Run

This recipe hits a home run because it’s quick, simple, and healthy. First, it only takes twenty minutes total and there’s no baking required! Second, this Veggie Pepper Train is a perfect snack to bring to a party or for when you want to give your kids a healthy snack. Vegetables can get pretty boring, especially for kids. However, this snack puts a fun twist on healthy vegetables so your kids will actually enjoy it! I also love this recipe because there’s not a lot of ingredients. I’m a huge fan of simple recipes and this one checks that off! 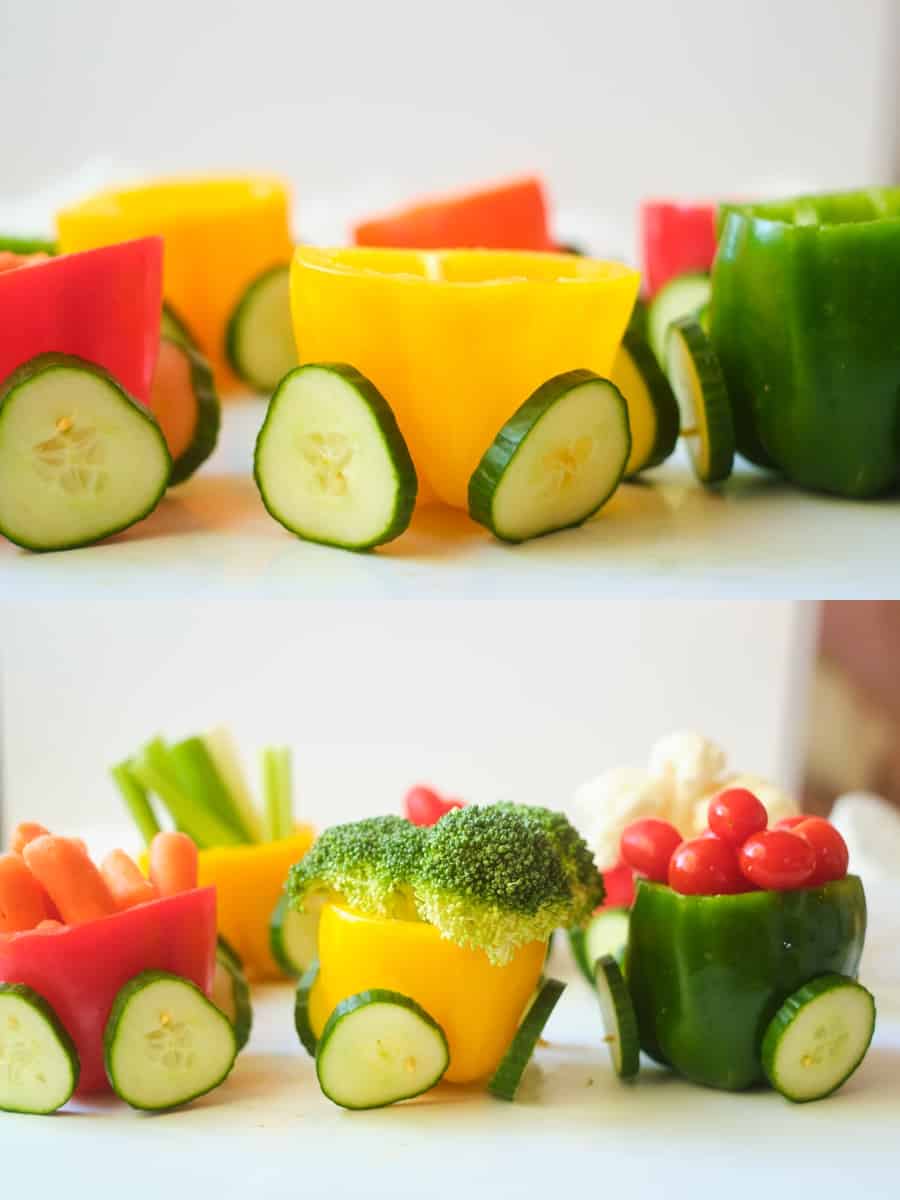 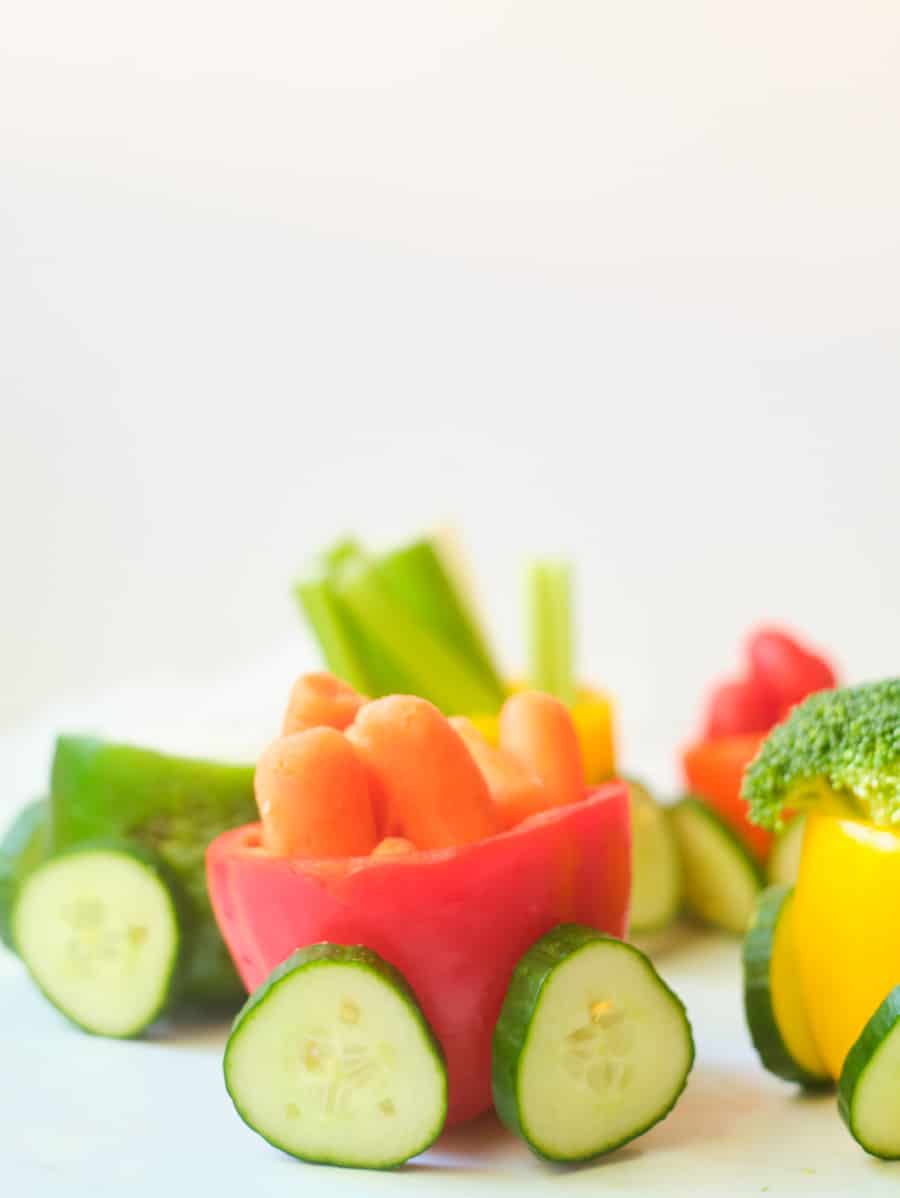 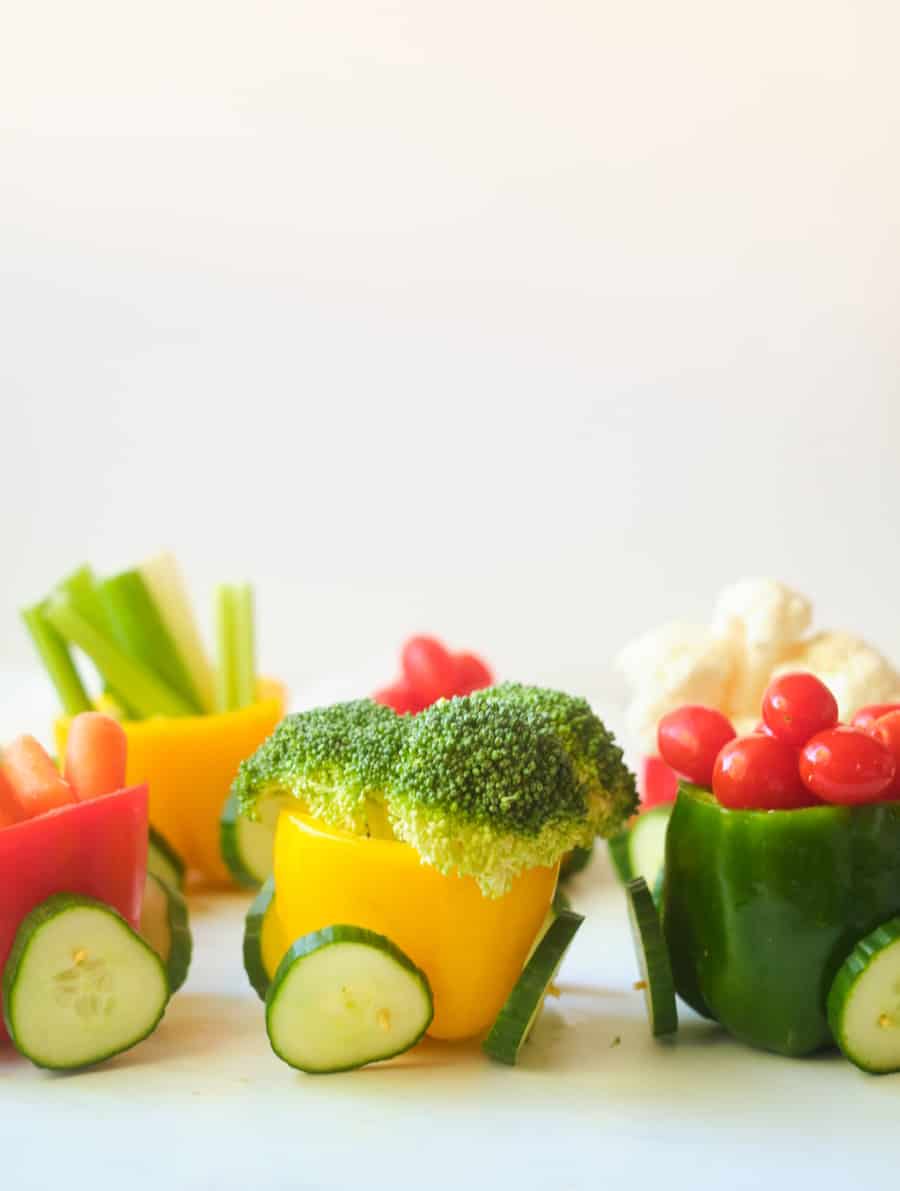 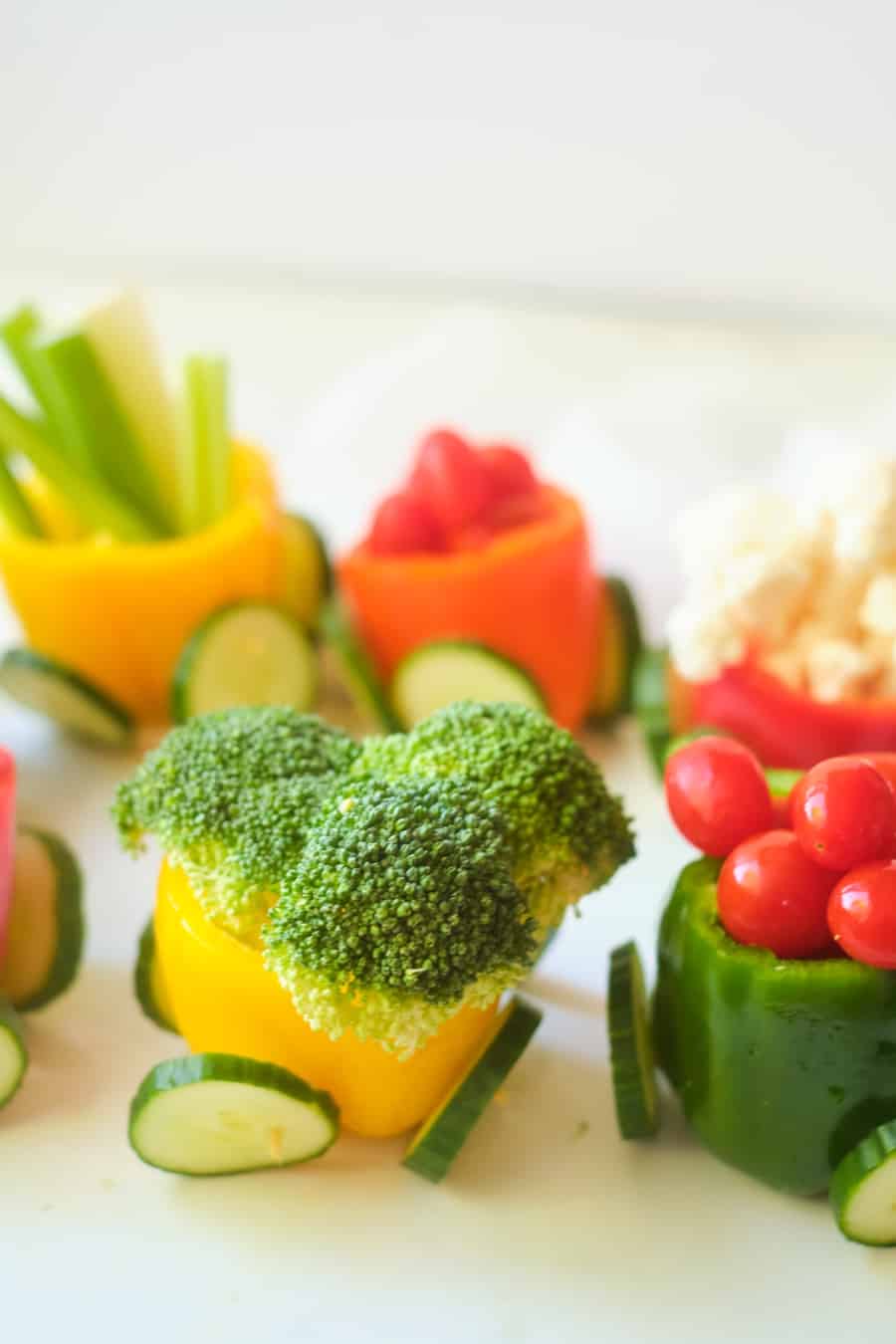 What kind of vegetables should I use for the Veggie Pepper Train?

You can use whatever vegetables you like! I chose vegetables that were mild and you can find in any typical veggie platter. Vegetables such as cauliflower, broccoli, and carrots work great with this recipe!

Can you roast the vegetables?

You can definitely roast the vegetables but it will take longer! I absolutely love roasted vegetables so that would be a perfect way to switch up this recipe. Keep in mind that roasting vegetables takes longer so if you need it for an event, you’ll have to plan ahead.

Roasting does have an advantage in that you can season it and baking takes some of the bitterness out of cruciferous vegetables which may make them more palatable for kids.

What can I use if I don’t like peppers?

I know some people don’t like peppers so what you can do instead is use large tomatoes, cut them in half, and scoop out the inside for putting the veggies in. This is a great option for people who don’t like the taste of peppers and prefer something milder.

If you don’t like cucumbers, you can just leave them off! They technically represent the “wheels” of the train, but aren’t necessary if you don’t prefer them. The whole recipe is made up of vegetables so if you skip the cucumbers, you’ll hardly notice! You can also use zucchinis instead!

Can I substitute another dip instead of a veggie dip?

Of course! I recommend if you don’t want to use a veggie dip to spring for hummus! It’s loaded with nutrients due to the chickpeas and tastes amazing with vegetables! If you’re not a fan of hummus, you can use ranch dip or even guacamole if you’re feeling fancy! 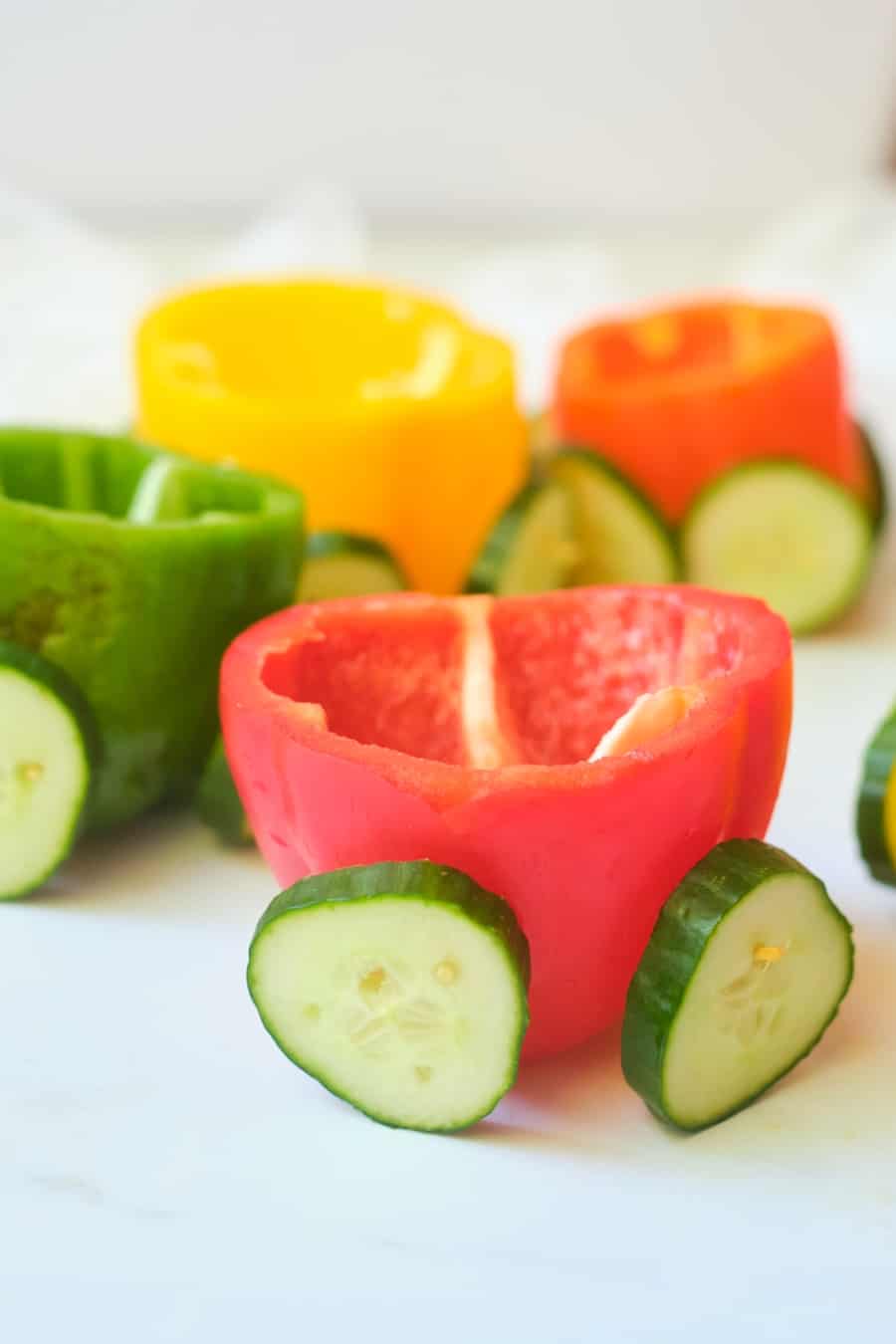 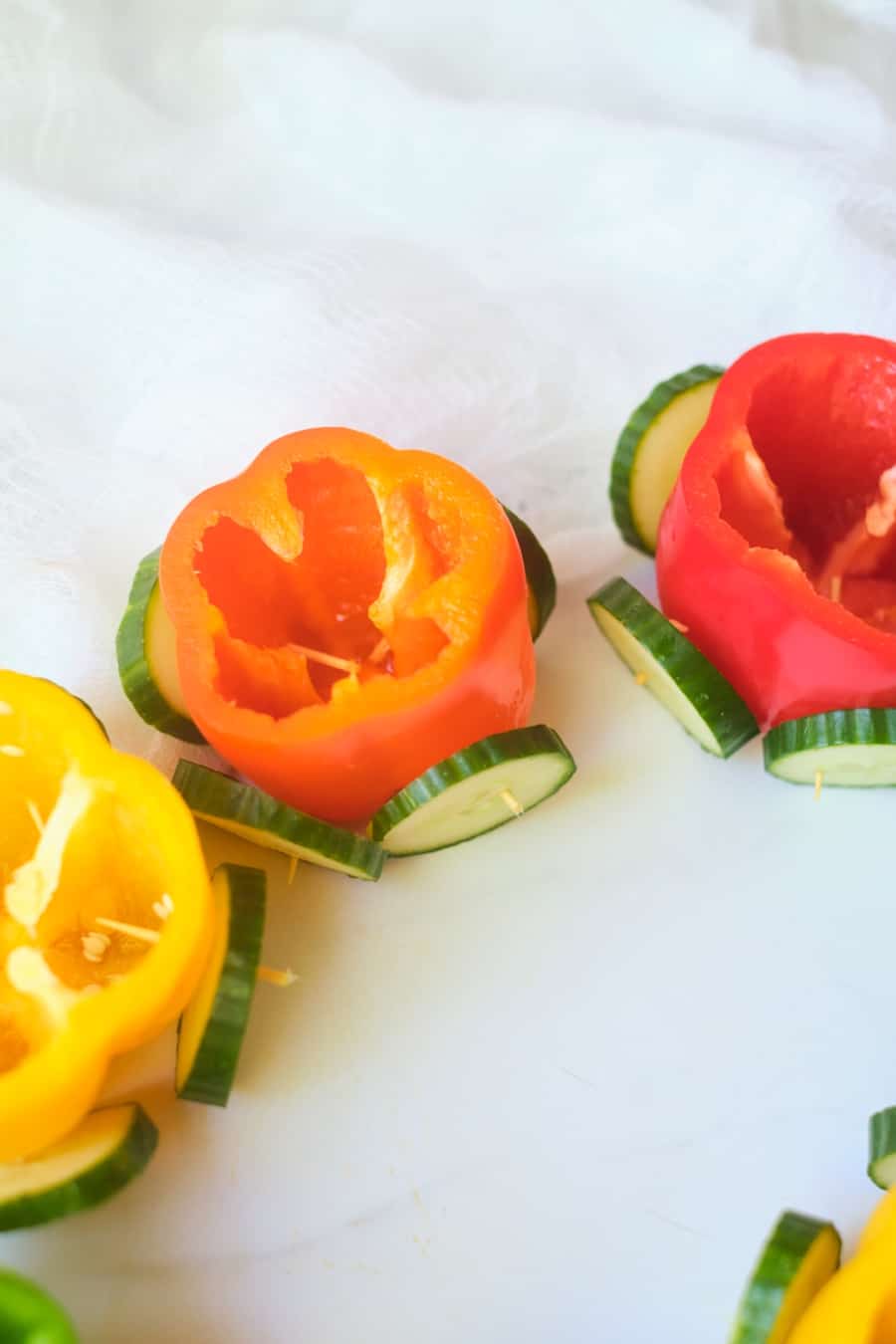 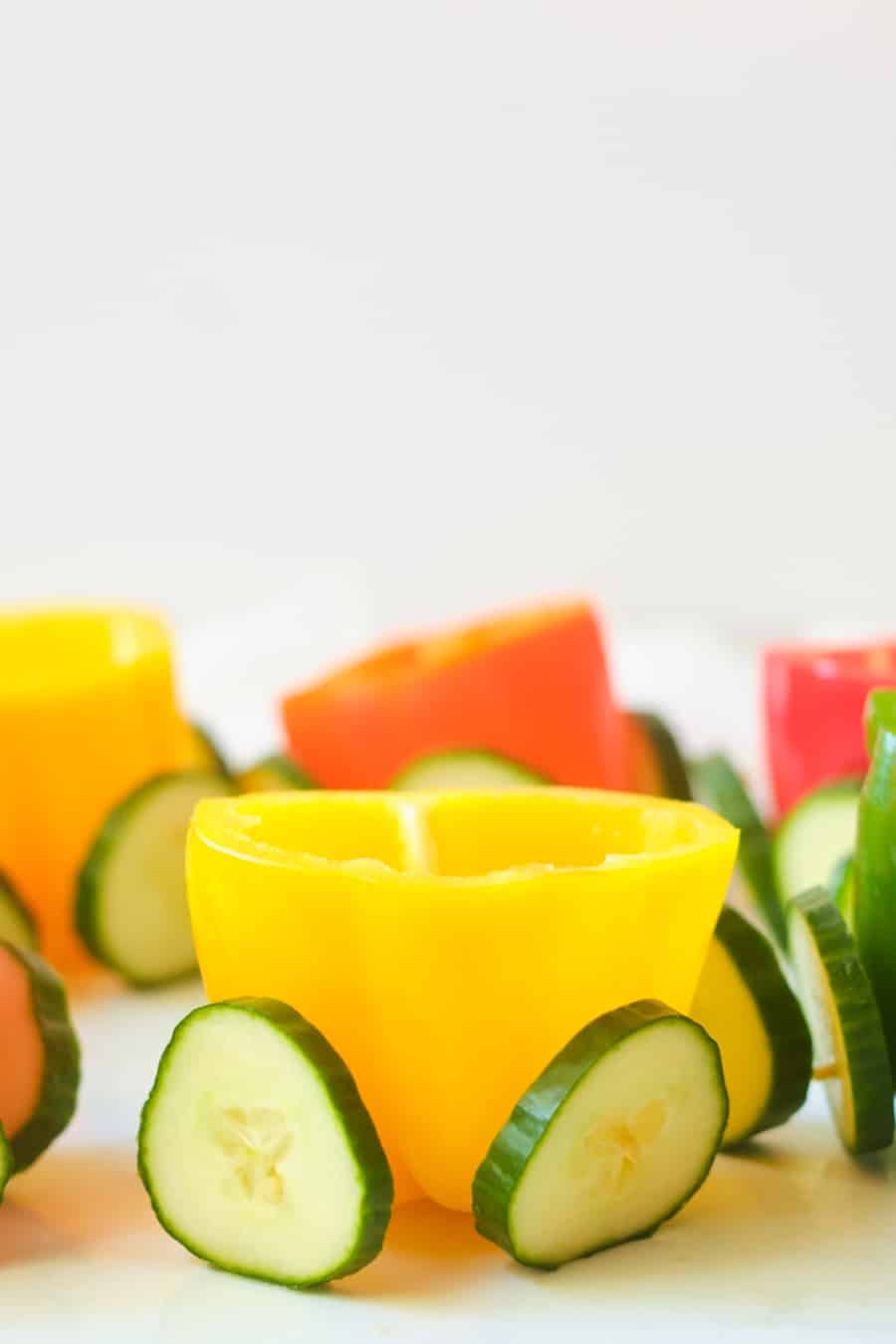 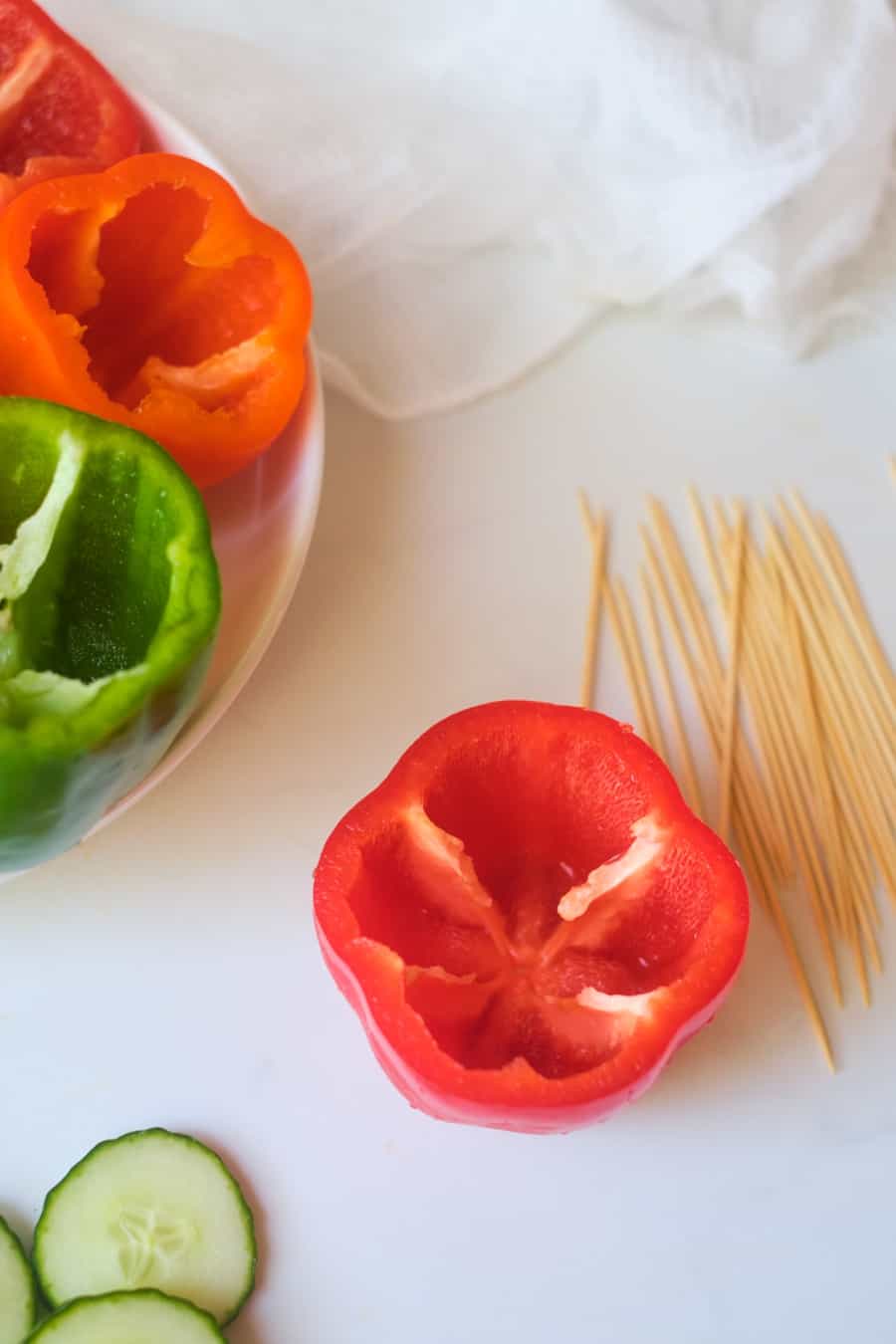 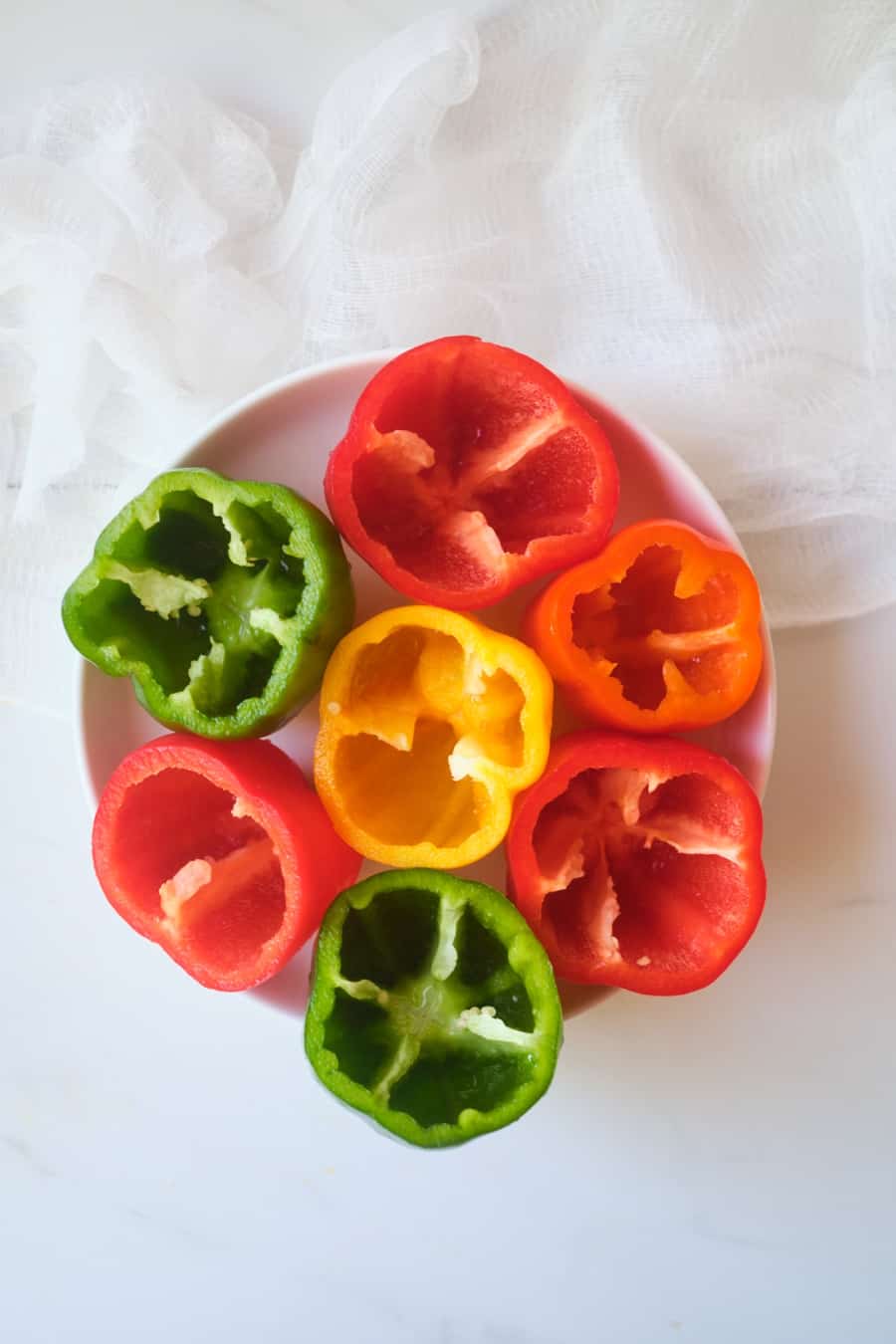 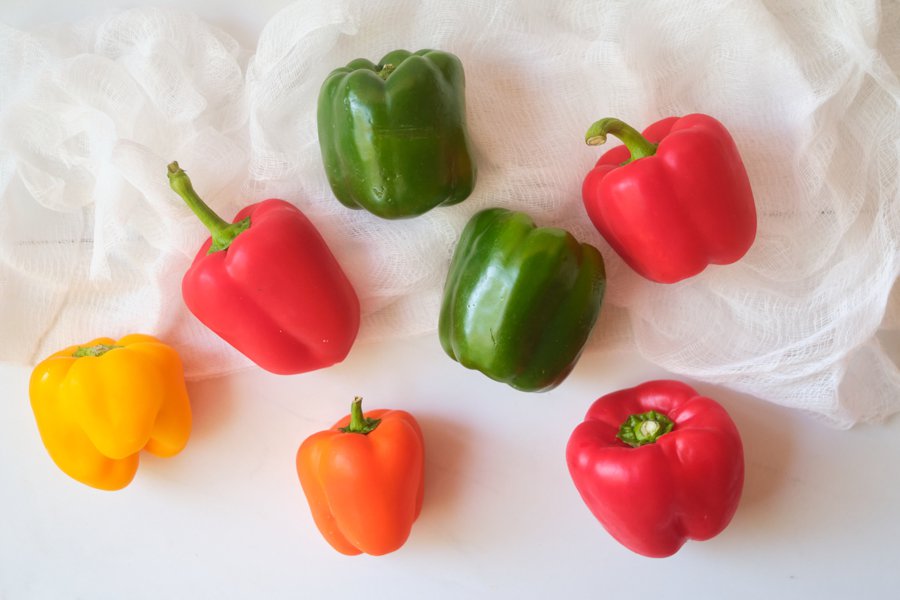 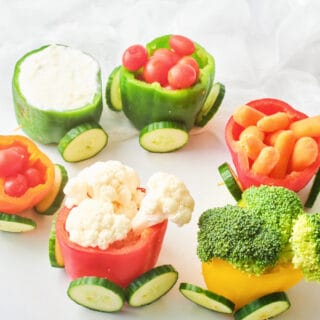 Keyword healthy snack, summer snack, veggie snack
Tried this recipe?Let us know how it was!